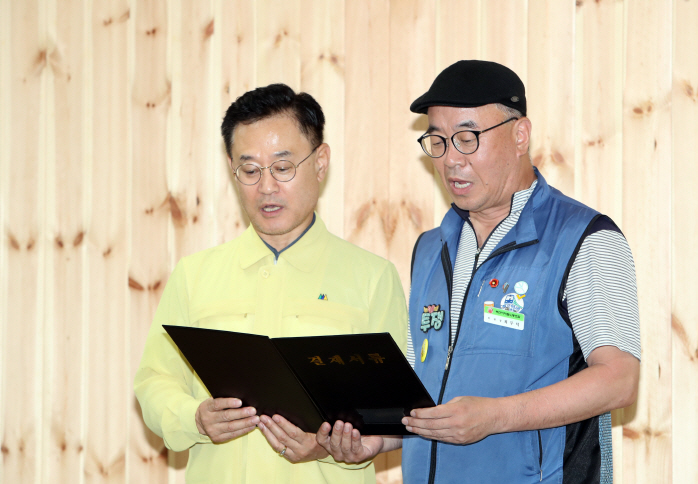 Lee Jong-kuk (L), president of Busan Transportation Corp., and Choi Mu-deok, head of Busan’s subway labor union, jointly read an agreement to end a strike at a railway depot in the southeastern port city of Busan on July 11, 2019. (Yonhap)

Busan Transportation Corp., the city-run operator of the subway system, agreed with the union to raise wages 0.9 percent and hire 540 new workers.

The members of the labor union went on strike a day earlier, demanding a 1.8-percent rise in pay. Management, however, offered a freeze in wages and the hiring of additional staff.

Around 2,400 workers, including train drivers, station employees and technicians, took part in the strike, according to the union.

But the company mobilized more than 2,300 non-unionized and alternative workers, effectively preventing the collective action from causing serious inconvenience to subway users.