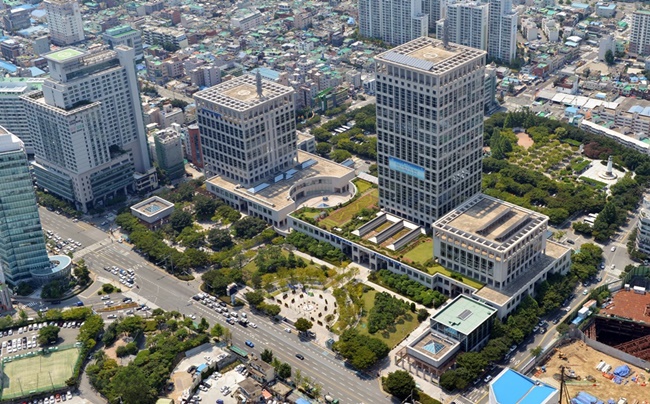 During a steering group meeting for employment policy on Thursday, government officials in Busan discussed a number of ideas to help tackle youth unemployment in the region, including a free suit rental service, as well as increasing support for jobs in the field of public data. (Image: Busan Metropolitan City)

BUSAN, Sept. 29 (Korea Bizwire) – The Busan Metropolitan Government has announced plans to launch a complimentary suit rental service for young people who are preparing for job interviews in response to the growing issue of youth unemployment in the city.

During a steering group meeting for employment policy on Thursday, government officials in Busan discussed a number of ideas to help tackle youth unemployment in the region, including a free suit rental service, as well as increasing support for jobs in the field of public data.

Among a number of measures is the suit rental service dubbed ‘Dream Wardrobe’, a project designed to help those aged between 18 and 34 living in Busan in need of a suit for a job interview.

With a budget of 200 million won allotted, an estimated 4,000 people are expected to benefit from the free suit rental service.

In addition, the Busan Metropolitan Government is launching an open square business, in an effort to boost creative ideas about public data among young people, which is deemed a highly profitable field of work with great potential.

The Busan government is set to inject around 500 million won into education and training courses on public data, management of infrastructure, and investment, which is expected to bring some added value in relation to research and development in services, and create over 75 jobs for professional data analysts and an additional 25 jobs for young people.

An additional 1.25 billion will be allotted to creating job opportunities in the fields of sales and manufacturing for baby boomers with experience and professional skills, which the local government expects to lead to 500 jobs every year.

Busan’s latest move comes on the heels of growing youth unemployment in the region.

According to data released by Statistics Korea on employment trends in April, the unemployment rate in Busan during the month was estimated to be 5.1 percent, up 1.2 percent from the same time last year.

While Busan’s unemployment rate closely followed that of Seoul and Incheon, the data also revealed the figure for Busan was growing faster than anywhere else in the country.

According to Statistics Korea, the number of people aged over 15 living in Busan was around 2.96 million, with the economically active population estimated to be 1.75 million.