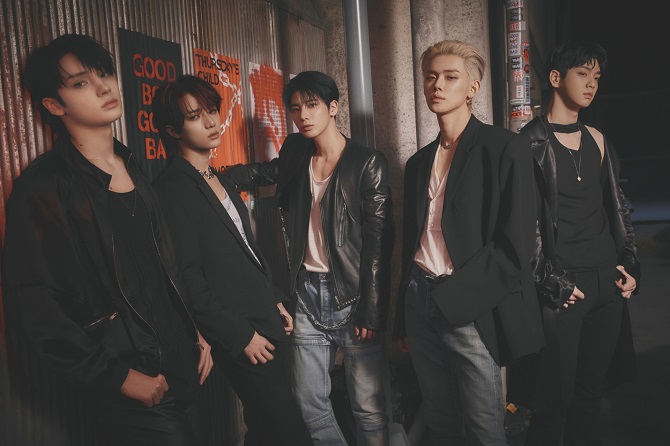 A photo of K-pop group Tomorrow X Together, provided by Big Hit Music

Billboard said in an article posted on its homepage Sunday (U.S. time) that “minisode 2: Thursday’s Child” placed fourth on the Billboard 200 for this week, becoming the highest-charting album from the band.

This marks the band’s sixth album to be on the chart and second to hit the chart’s top five places, according to the band’s agency, Big Hit Music.

The group composed of five members — Soobin, Yeonjun, Beomgyu, Taehyun and Hueningkai — debuted in 2019 and is known for its “The Dream Chapter” and “The Chaos Chapter” series albums.

TXT is scheduled to hold its first-ever world tour in July. The “Act: Love Sick” tour will begin in Seoul on July 2 and 3, and continue in seven U.S. cities, including Chicago, New York, San Francisco and Los Angeles, until July 23.