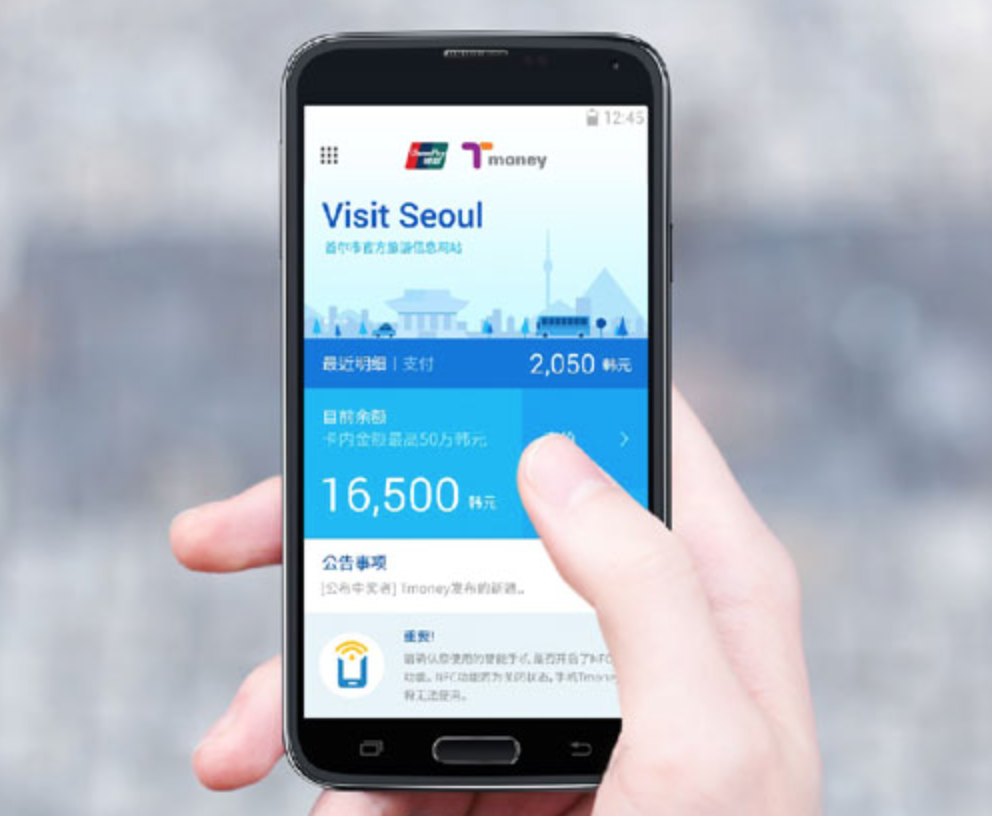 Those with the app can then charge their account using a UnionPay bank card, and simply tap their smartphones when using the metro, public buses and taxis in Korea. (image: UnionPay)

SEOUL, Sept. 26 (Korea Biziwre) – Millions of Chinese visitors will now be able to use their smartphones to pay for transit in Korea.

The Seoul Metropolitan government announced Monday the official launch of a mobile pay system entitled ‘UnionPay Mobile T-Money’ for public transportation. It is named after the Shanghai-based financial services corporation UnionPay, and T-money, a rechargeable cards and smart devices service for transportation fares in Korea.

The service does require, however, a smartphone with NFC capability. And it is, for now, limited to China Mobile (China’s leading mobile carrier) customers, who can install the application using their smartphone’s pre-installed app ‘Wallet’.

Those with the app can then charge their account using a UnionPay bank card, and simply tap their smartphones when using the metro, public buses and taxis in Korea.

The new service is expected to significantly improve convenience for Chinese tourists during their travel in Korea, especially given the fact that T-money credit can also be used at various T-money affiliate franchises including convenience stores, fast food restaurants, and cafés.

The Seoul government said that it will be expanding the service to other mobile carriers in China, including China Unicom and China Telecom, starting in 2017.

Over 6.1 million Chinese visited Korea in 2015, accounting for more than 40 percent of all foreign visitors.