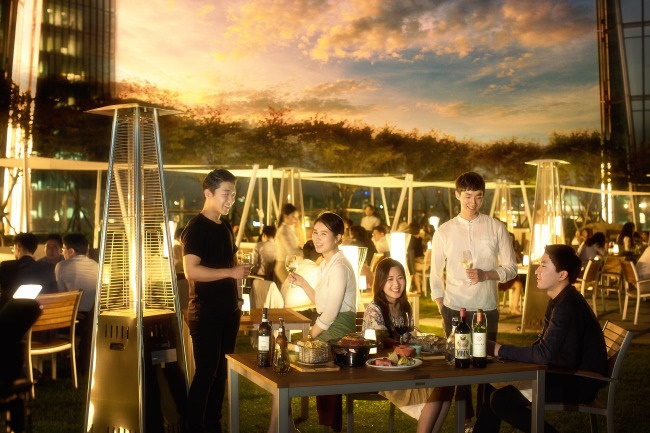 SEOUL, May 19 (Korea Bizwire) – A recent rooftop restaurant and bar craze is reshaping dining and drinking culture in South Korea, as more and more new business establishments are sprouting up on rooftops across the country.

Gyeongridan and Itaewon are at the forefront of the latest fad in Seoul, as a good number of bars and restaurants are opening to take advantage of the hilly location, providing customers with great views of the city.

The popularity of rooftop restaurants is also changing the South Korean commercial property market, as rooftops are now more expensive to rent than the first floor in some areas, including Itaewon and the posh Cheongdam neighborhood in southern Seoul.

Traditionally, the first floor was always the most lucrative and hence the most expensive floor to rent in a commercial building, but the recent trend of rooftop bars and restaurants in the Itaewon, Hongdae and Sinsa neighborhoods has seen the two flip in terms of rental prices.

Compared to the first floor, where noise from the street and pollution are a direct nuisance, special rooftops decorated with plants and a nice view appeal to young people, presenting a more laid-back and relaxing atmosphere, almost an escape from the bustling streets of Seoul.

Department stores are also jumping on the bandwagon and reusing their rooftops as gardens or restaurants in an attempt to attract more consumers and overcome the long-term slump that they have experienced over the past few years.

The rooftop at the Cheongnyangni branch of Lotte Department Store was revamped as a sports theme park, with a mini futsal pitch and a basketball court for children.

“Since the rooftop was renovated and became a family-friendly entertainment area, we had around 15 percent more visitors,” manager Jang Dong-ho said.

In Daegu, the rooftop theme park which opened last December at the local Shinsegae Department Store has proven popular, drawing a daily average of 8,000 visitors. 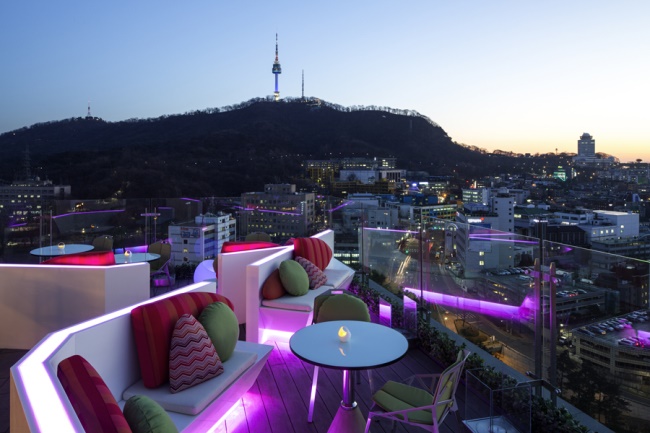 As rooftops have been neglected and left disused, their growing popularity is also seeing building owners discover a new business model, particularly shopping malls and department stores that can benefit from the so called “shower effect”, which refers to the idea of attracting customers to the top floor who will then trickle down all the way to the first floor, hopefully persuaded to spend more while they stay on the premises.

Despite the vulnerability to different types of weather and noise complaints from neighbors, the rooftop craze in South Korea looks like it’s here to stay.