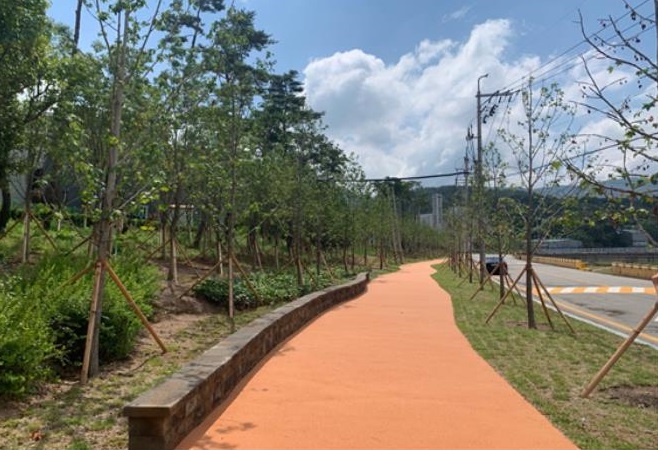 This photo provided by Busan metropolitan government shows a forest near an old industrial park in the city.

BUSAN, April 27 (Korea Bizwire) — Busan, South Korea’s second-largest city on the southern coast, plans to encourage the development of small-scale forests in downtown areas to improve the urban environment as well as to prevent fine dust from flowing into residential areas.

The Busan metropolitan government announced plans to develop a total of eight urban forests in the neighborhood of fine dust-emitting areas such as roadsides and industrial complexes by 2025, aimed at protecting residential areas from fine dust.

It will invest 10 billion won (US$9.01 million) to establish the forests, which are expected to cover a combined area of 10.5 hectares. A total of 250,000 trees will be planted in the forests.

In 2019, the municipal government planted 200,000 trees in eight areas including a thermal power plant with an investment of 7.5 billion won.

A single tree can absorb 35.7 grams of fine dust per year, according to the National Institute of Forest Science.

About 47 trees are needed to absorb the annual amount of fine dust emitted by a single diesel vehicle.