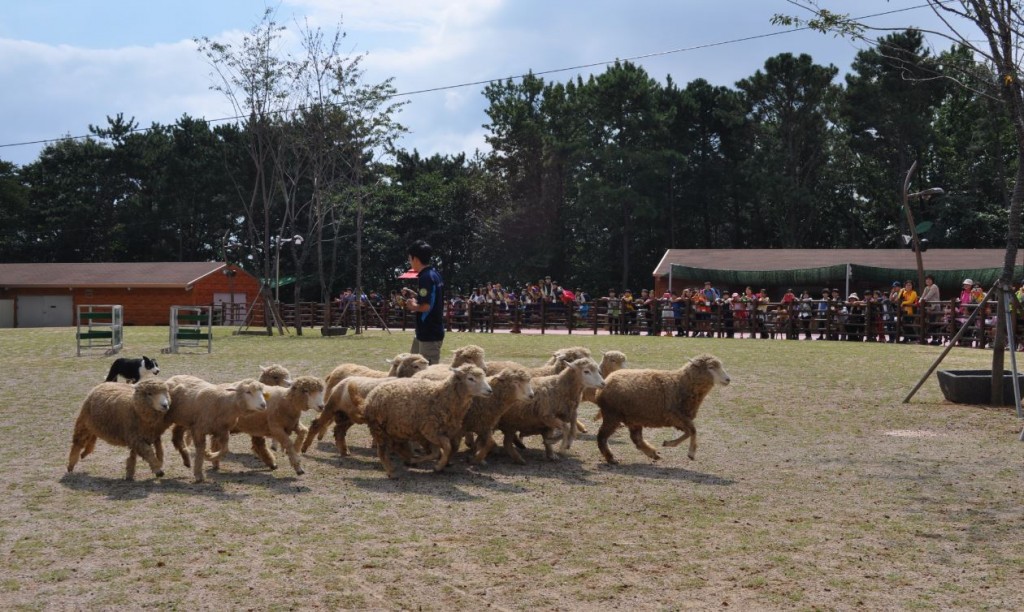 SEOUL, Dec. 31 (Korea Bizwire) — ‘Samjung The Park,’ Busan’s only zoo, which opened nine months ago, is swarming with visitors this winter even though it’s usually considered to be an off-season. Contrasting with Seoul Grand Park Zoo‘s lack of visitors, ‘Samjung The Park’ is enjoying an unusual success.

However, its success is not due to chance, but the result of strong strategies. Samjung The Park made bold moves to get through the off-season with aggressive investing and marketing. The zoo is currently holding a ‘Winter Animal Kingdom Festival’ and offering diverse event programs such as experiencing igloo towns, sheep-herding shows, enjoying the biggest snowman ever built in Korea, viewing Japanese snow monkeys in hot springs, magic shows and a fair for reptile ethnology.

Visitors and reporters are especially drawn to a rare opportunity to see sheep. In Korea, sheep are hard to spot and they can be only seen in a few locations such as the Daegwallyeong Sheep Farm and the Seoul Grand Park Zoo. In addition, the year 2015 is the year of the sheep in the Chinese zodiac cycle, making Koreans more eager to see sheep at this very time of greeting the New Year. To take advantage of this unique time and opportunity, Samjung The Park has prepared another interesting event. Among the sheep at the zoo, a chosen five will appear at a sunrise festival held in the Haeundae District of Busan on January 1, 2015.

Park Sang-chun, CEO of Samjung The Park said that the zoo is making a good effort to provide diverse events to mark its place as an educative and relaxing theme park that can be a tourism landmark. The zoo also had a successful summer, attracting about 100,000 visitors in August by offering late night openings and a Luminarie festival.