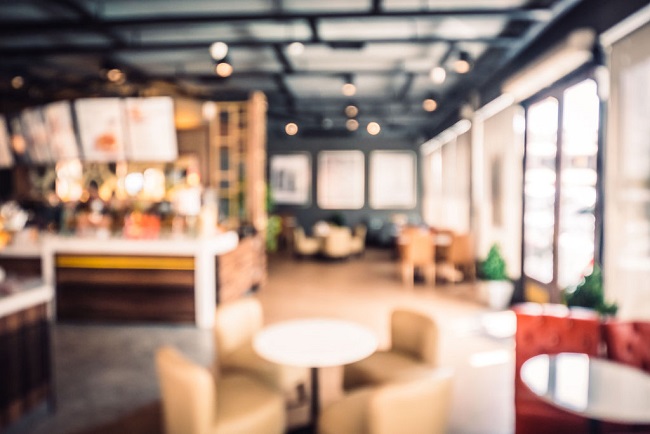 SEOUL, Jul. 10 (Korea Bizwire) — With coffee consumption soaring, coffee shops have become a ubiquitous staple of most South Korean neighborhoods. According to a study on the coffee industry released by the Ministry of Agriculture, Food and Rural Affairs, the average Korean stays caffeinated on 377 cups of coffee a year.

Whether the one cup per day diet is caused by the proliferation of coffee shops or vice versa, what the numbers show is that as coffee’s popularity skyrockets, so does the number of coffee shops all over the country.

Though the majority of the cafés may simply be peddling great coffee, the startling growth in the industry may be bolstered by the changing attitudes of Koreans towards cafés.

Check out any café within in your community and you’ll find that instead of customers enjoying their drink and indulging in friendly conversation, you’re much more likely to see laptops plopped open on tables, with young adults furiously typing away.

Once a haunt for friendly gatherings, the neighborhood café has now become an unofficial second library, workspace, and even rest spot for weary members of the workforce. 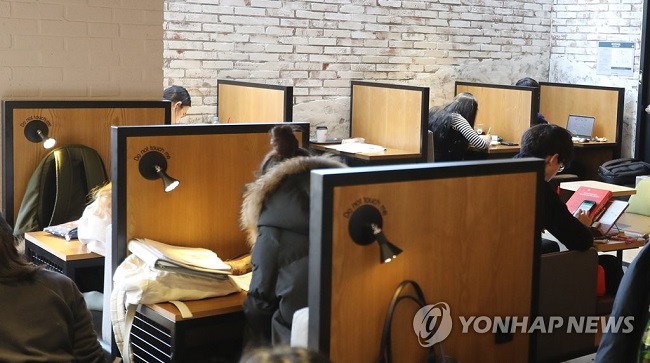 Experts cognizant of the attitude changes towards cafés say it’s merely a reflection on customers rating how comfortable a café is for studying, resting and working. (Image: Yonhap)

Adding some factual evidence in support of this admittedly unscientific claim, big data firm Daumsoft recently disclosed its findings after conducting an analysis of three and a half years of blogposts and Twitter feeds uploaded by café goers.

Specifically, it scoured the data for certain keywords and “buzzwords” that indicated new trends or served as points of emphasis on what might indicate the popularity of coffee shops.

Some of Daumsoft’s findings are none too surprising. For example, in the summer months, buzzwords and phrases pertaining to cafés predominantly revolved around some variation of “great place to stay out of the heat”.

Beyond that, things get interesting. Apparently, some of the most common words associated with cafés in the digital sphere were “seating” and “interior”. Experts cognizant of the attitude changes towards cafés say it’s merely a reflection on customers rating how comfortable a café is for studying, resting and working.

Indeed, internet slang terms for people who either work or study at cafés are now so common that their use has entered the common lingo.