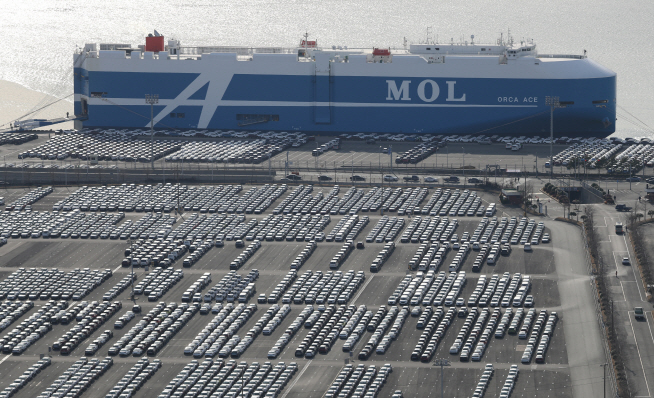 The country’s five carmakers — Hyundai Motor Co., Kia Motors Corp., GM Korea Co., Renault Samsung Motors Corp. and SsangYong Motor Co. — sold a combined 341,944 vehicles in April, down from 662,571 units a year ago, according to data from the companies.

The lower sales largely resulted from suspended operations of Hyundai and Kia’s major overseas plants and output reductions by the parent firms of the three other carmakers as COVID-19′s spread across the world exerted considerable impact on the global economy.

Hyundai and Kia, which together form the world’s fifth-biggest carmaker by sales, suspended most of their plants in the United States, Europe, Russia and India last month following the local governments’ directives to prevent the spread of the COVID-19 virus.

The companies have been moving to focus on boosting sales in the domestic market to offset declining sales in overseas markets.

Kia has eight domestic plants — two in Gwangmyeong, three in Hwaseong and three in Gwangju — and seven overseas ones — three in China and one each in the U.S., Slovakia, Mexico and India. Their overall capacity is 3.84 million units.

They set a combined sales goal of 7.54 million autos in global markets this year, higher than the 7.2 million units they sold last year. But they are widely expected to fall short of the target due to the coronavirus impact.

Hyundai and Kia are likely to report poor earnings results this year as their sales in China remain weak, while showing no signs of a rebound.

To offset tepid demand in China, Hyundai and Kia had planned to put a bigger focus on boosting sales in the U.S. market this year by launching Hyundai’s Tucson SUV, Hyundai’s independent Genesis brand’s GV80 SUV and G80 sedan and Kia’s Sportage SUV.

But the coronavirus outbreak and suspension of their overseas plants will make it hard to offset weak Chinese sales with U.S. sales.

SsangYong Motor was the worst performer. Its sales plunged 45 percent on-year to 6,813 units in April from 12,281 due to weaker demand for its models.