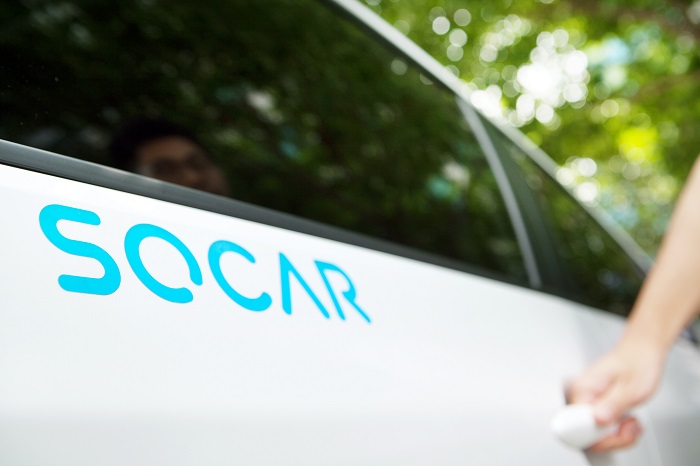 The rate at which SoCar has grown is much faster than that of not only other domestic car sharing operators but also that of the world’s major ones including America’s Zipcar and Japan’s Orix Auto. (image: SoCar)

SEOUL, July 19 (Korea Bizwire) – Seoul’s official car sharing company SoCar announced on July 17 that it has recorded the highest growth rate in the industry. Only after two years from the launch of its services, SoCar now runs over 1,000 cars and 700 franchises, which is the biggest in Korea.

The rate at which SoCar has grown is much faster than that of not only other domestic car sharing operators but also that of the world’s major ones including America’s Zipcar and Japan’s Orix Auto.

Opening up the first shop in Jeju in March 2012, SoCar was designated by the Seoul city government as its official car sharing company, and has thrived to have 700 cars under its management in Seoul and Gyeonggi Province and hold the largest franchise size in Korea.

The nation’s top car sharing company operates a variety of vehicles in different sizes, from compact cars such as Fiat to family-size vans such as Starex, to meet the customer’s different needs.

Not only the business’s growth rate, but its rate of use per member is also highest among car share operators. Some 100,000 has newly signed up just in the first half of this year to make the membership a total of 170,000 members and the average number of reservations in a month surpassed 30,000.

Kim Ji-man, the CEO of SoCar, said, “SoCar’s breakneck-speed success shows how much change has been made in the way people use vehicles. We look to secure more than 3,000 cars within a year to help establish a new culture of car sharing and enhance customer convenience.”