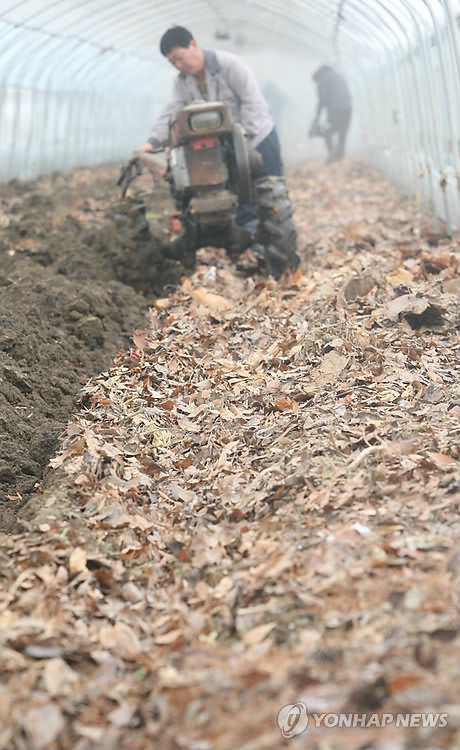 The compost made out of leaves not only makes the land fertile, but also serves to protect against harmful insects. (image: Yonhap)

SEOUL, Jan. 3 (Korea Bizwire) – What would you do with huge piles of dead leaves along the streets? A slew of agricultural technology management authorities turn these useless fallen leaves into useful ones by using them to make compost.

Seowon District in Cheongju City offers a service to this end in which the city government collects and delivers fallen leaves from along the street to farms in the region. Most farmers take advantage of the program to make compost they can then use as fertilizer. According to the Agriculture Technology Center in Seongnam City, Gyeonggi Province, the compost made out of leaves not only makes the land fertile, but also serves to protect against harmful insects.

The center said the compost program could save about 300 million won per year that would otherwise be spent to burn the leaves, while also reducing farms’ fertilizer and compost expenditures. Besides, the scheme can contribute to realizing eco-friendly farming by reducing usage of chemical fertilizer. 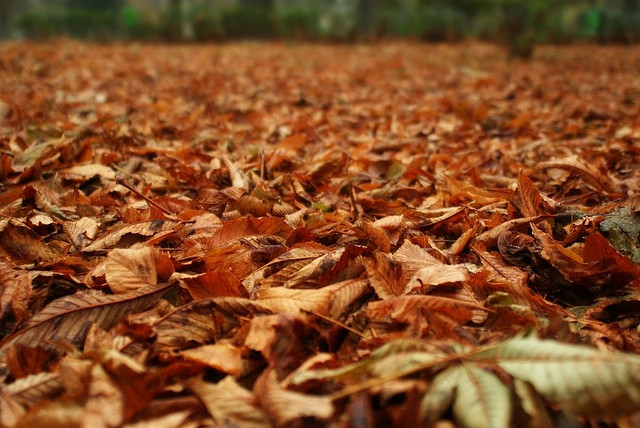 Fallen leaves are a great source of inspiration among artists and farmers. (image: November Leaves by Cristian V./flickr)