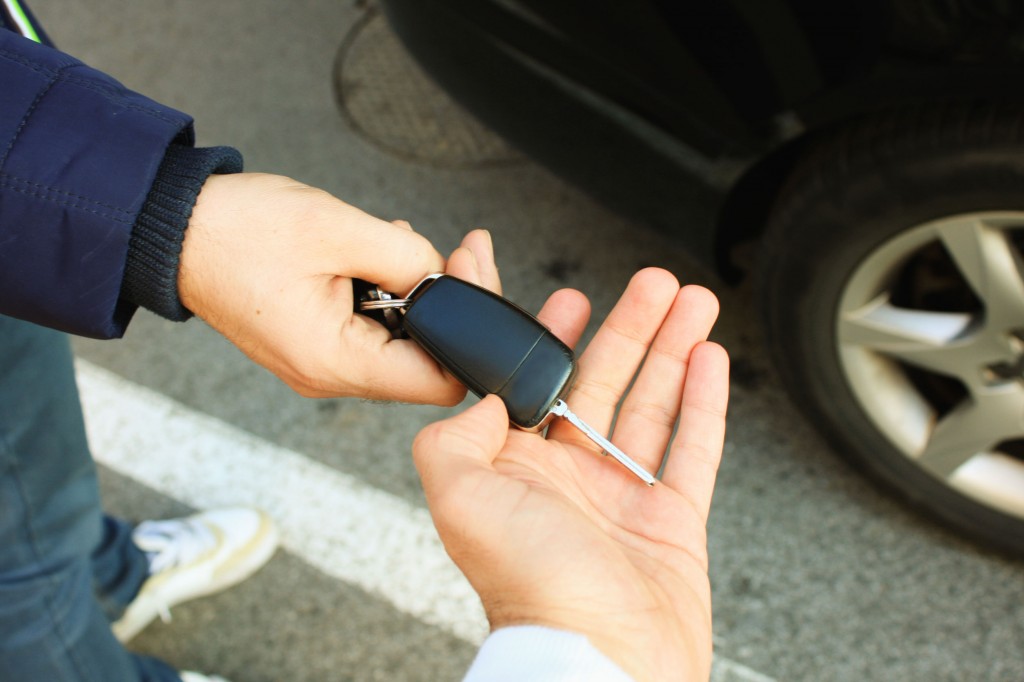 Under the new system, employees can use a smartphone application to see which corporate vehicles are available and make a reservation when the cars are unoccupied. (image: KobizMedia/ Korea Bizwire)

SK Rent-A-Car, a local car rental service operator, recently decided to offer a car-sharing service to its corporate clients, allowing them to share rented corporate vehicles with all of their employees. This idea of “re-sharing” is unlike conventional car-sharing where users borrow and return vehicles to public garages, in that it offers sharing of corporate vehicles parked in company garages specifically between employees.

The idea was initially suggested by Park Seong-woo, a local securities analyst, who saw his company’s corporate cars – mostly for executive officials – that had been rented on multi-year contracts sitting idle most of the time in company parking lots.

“A lot of these corporate cars for executives are luxury vehicles,” he told the Korea Joongang Daily. “It’d be nice if employees were allowed to use the cars when they’re not in service.”

According to SK, the re-sharing service of rented cars will officially launch in mid-December. The service has already had some good feedback after a pilot project, the company said.

Under the new system, employees can use a smartphone application to see which corporate vehicles are available and make a reservation when the cars are unoccupied. Cars will unlock when an employee taps their company ID card on a device installed on the car door.

Car-sharing was first introduced in Korea in 2011, and has become popular in recent years.

The two biggest players in the car-sharing market are Socar and Green Car, which operate 6,800 and 5,450 vehicles respectively.

Over the years, they have expanded to provide not only smaller sedans and compact cars, but also luxury sedans and EVs. Socar’s stable includes BMW’s 520D and X3 models, and the company plans to introduce the Tesla Model S in 2017, while Green Car offers the BMW 118d, Ford Mustang, Hyundai Ioniq Electric, and Chevrolet Bolt EV.

Both companies also adopted a one-way car-sharing service to make up for the inconvenience of having to return a car to the same location it was borrowed from, with Socar even introducing in June a “door-to-door” service, where vehicles are delivered directly to the customer’s doorstep, to better serve those located far from vehicle pick-up locations, or with heavy luggage or physical limitations.