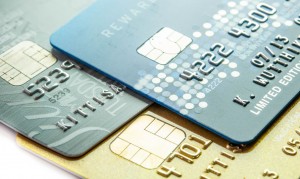 SEOUL, May 20 (Korea Bizwire) –Due to the massive personal information breaches that have occurred this year, major credit card companies such as KB Kookmin Card, Nonghyup Card, and Lotte Card took more than 160 million won in losses from business suspensions.

But they are not out of the woods yet given they must face the lawsuits raised by card customers who were damaged by the leaks.

According to the Financial Supervisory Service and credit card industry sources on May 19, the three credit card issuers have incurred a total of 160.6 billion won in loss, including 107.2 billion won in operational loss from the three-month suspensions since February 16 following the information leak in January that saw theft of more than 100 million pieces of personal information from their computer systems.

With that cost alone, the three companies assumed 21.4 billion won in additional cost. According to the Prosecutors’ Office, the number of those customers affected by the leak in January was 53 million for KB Kookmin, 25 million for Nonghyup, and 26 million for Lotte.

The more serious problem for the card companies, however, is litigation in the future by customers who would ask for compensation for the damages. Already, KB Kookmin Card was hit with 54 lawsuits whose compensation demand total is 37.3 billion won.

For Nonghyup Card, the amount is 24.8 billion won in 41 cases. Assuming that the companies would pay the same 200,000 won of per-person compensation in upcoming class action suits as SK Communications that had a similar incident earlier, the maximum compensation amount to be paid by Kookmin and Nonghyup would be 48.5 billion won and 35.2 billion won.

But credit card companies are unsure how much they will have to pay. A card company official said, “We expect to keep getting sued with additional compensation suits and it’s extremely hard to predict how much we will pay in total.”