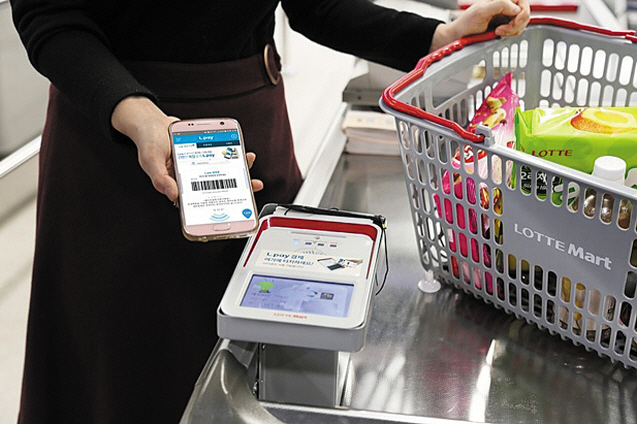 The file photo, provided by Lotte Members, shows a customer using a mobile application to pay for her purchase at a grocery store in Seoul.

SEOUL, May 12 (Korea Bizwire) – In the near future, it will become possible to settle the payments of a variety of credit cards through a single app as part of a new simple settlement system.

South Korea’s six card issuers, together with BC Card Co. and NH Nonghyup Card Co., recently held a consultative meeting in which they reached an agreement in principle on the establishment of a simple settlement system, industry sources said Tuesday.

The primary factor behind their decision to open a simple settlement system – despite the potential that they could see use of their respective apps decline – is a sense of crisis stemming from the emergence of mobile payment services run by Naver Corp. and Kakao Corp., major South Korean tech giants.

“The simple credit card settlement system will likely launch by the end of this year at the earliest.” an industry official said.