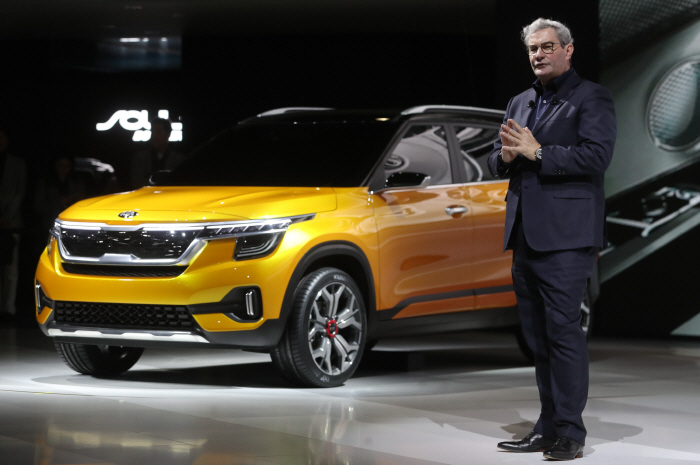 GOYANG, Mar. 28 (Korea Bizwire) — Carmakers made a big push to promote new sport utility vehicles (SUVs) and other sellable models at the 2019 Seoul Motor Show on Thursday amid sluggish sales in South Korea and abroad.

It appears natural for carmakers to focus on new SUV models as consumers around the world have shown a preference for SUVs compared to sedans.

In the first two months of this year, both domestic and foreign carmakers sold a total of 283,642 vehicles in the Korean market, down a sharp 11 percent from 318,939 units a year earlier. Sales fell 0.2 percent to 1,827,141 autos last year from 1,829,988 a year earlier, according to the Korea Automobile Manufacturers Association.

“Carmakers are promoting sellable mass-market models as competition is getting tougher and demand for niche market models is low,” Kwon Yong-joo, adjunct professor at the Automotive & Transportation Design Department at Kookmin University, said by phone.

The vehicles are expected to hit the market in second half of the year.

Hyundai Motor Co. unveiled the hybrid and turbo engine models of the all-new Sonata sedan it unveiled in the domestic market last week, with an aim to sell 70,000 Sonatas in 2019. The Sonata is one of the carmaker’s best-selling models.

Hyundai and Kia together form the world’s fifth-biggest carmaker by sales. They have struggled with weak sales results in major markets such as the United States and China amid a slowing global economy. 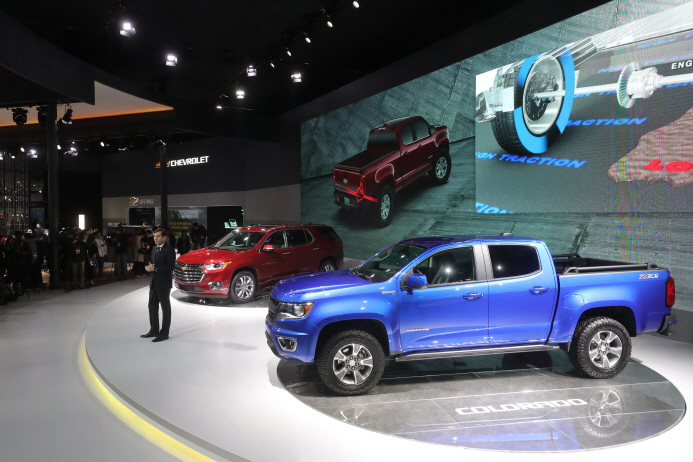 GM Korea, the South Korean unit of General Motors Co., announced it will bring the U.S.-made large Traverse SUV and the midsize Colorado pickup truck to the Korean market in the third quarter.

The move is part of GM’s plan to introduce 15 vehicles in Korea over the next five years. The Detroit carmaker launched the U.S.-made Equinox SUV last year. Its sales fell 12 percent to 462,871 units last year from 524,547 a year ago.

Renault Samsung Motors Corp., the Korean unit of Renault S.A., displayed the XM3 Inspire show car. It plans to produce the crossover at its Busan plant in the first quarter of 2020.

Determined to “regain consumer confidence” in Korea, BMW introduced the luxury X7 SUV and the new 330i M sports car to revive its sagging performance in the country. The German carmaker has suffered sharp declines in Korean sales following a series of engine fires caused by faulty exhaust gas recirculation (EGR) coolers and pipes.

BMW car sales fell 15 percent to 50,524 autos last year from 59,624 a year ago, according to the Korea Automobile Importers and Distributors Association (KAIDA).

Other auto brands, including U.S. electric carmaker Tesla Motors Inc., displayed their mainstay models to woo customers during the motor show, which lasts through April 7 at the KINTEX exhibition hall in Goyang, just northwest of Seoul.

Some 230 companies, including 21 carmakers and auto parts makers, attended the show to promote 270 products.