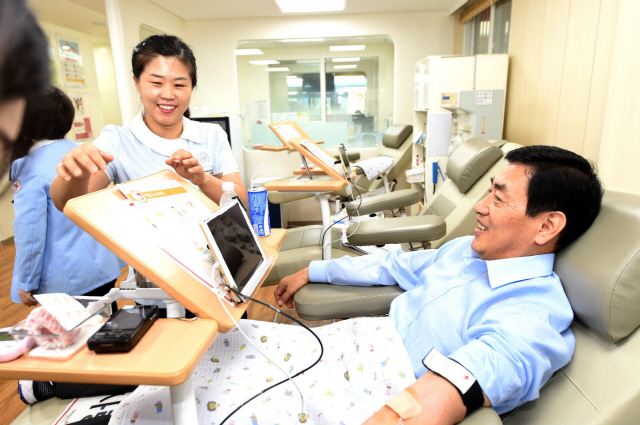 HANAM, Dec. 10 (Korea Bizwire) — A recent initiative in which local currency was given to those donating blood has encouraged citizens to participate in blood donation.

Hanam Center, a blood donation center operating under the Korean Red Cross (KRC), implemented a policy in July to pay 10,000 won worth of local currency (HaMoney) or onnuri gift certificates to those who donate blood.

Hanam, Gyeonggi Province is the first city in the country to decide to pay local currency to donors.

The city has since secured 5 million won for related projects and provided 500 bills of 10,000 won (US$8.38) HaMoney to the Hanam Blood Donation Center on October 30.

Since November 1, the center has paid 10,000 won bills of local currency to “full blood donors” who donate whole blood, and all 500 local currency bills that were paid were used as of November 23.

The number is 88 higher than that of last year. In other words, there was an increase of 20.6 percent from 428 on year.

“We promoted the payment of local currency by sending text messages to experienced blood donors,” a KRC official said.

“The number of blood donors is fluctuating, but the increase in blood donors last month seems to have been largely attributed to the financial incentive.”

The city has set aside 10 million won for projects to encourage blood donation in next year’s budget.