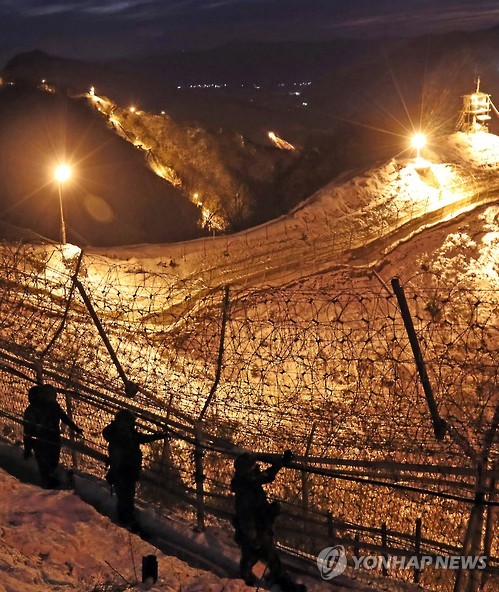 The military will gradually put up high-definition security cameras and attach infiltration detection equipment to barbed wires at major units from this year until 2024, according to the Defense Acquisition Program Administration (DAPA).

In the first phase, the agency will spend 40 billion won (US$34 million) on equipping the unmanned surveillance system at 12 units through next year. Investment sizes for the second and third phases will be decided later, a DAPA spokesman said.

South Korea’s total fertility rate — the average number of children a woman bears in her lifetime — stood at 1.24 in 2015, much lower than the replacement level of 2.1 that would keep South Korea’s population of 51 million stable.

All able-bodied South Korean men must carry out compulsory military service for about two years in a country facing North Korea across the heavily fortified border.