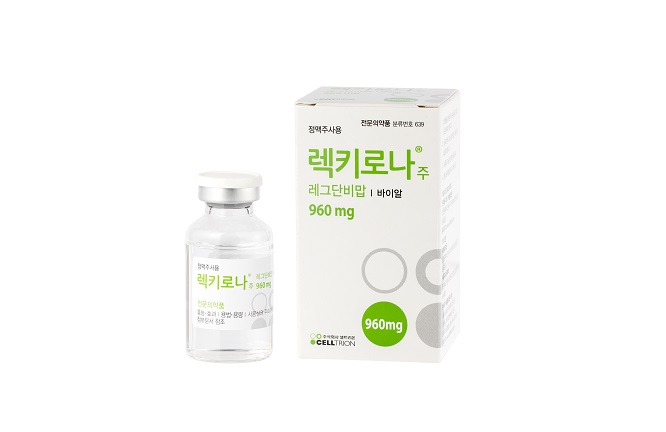 Under the agreement, Celltrion Healthcare — which handles overseas business operations for Celltrion Inc. — will deliver 150,000 vials of Rekirona to the European countries within this year, the company said, without identifying them.

The amount is enough to treat 50,000 patients, the company said.

Earlier this month, the European Union’s drug agency has recommended the approval of Rekirona, paving the way for its sales in the region.

The European Commission, which is authorized to approve medicines in the region, is expected to issue its decision within two months.

Celltrion Healthcare expects to sign similar deals with 47 other countries in Asia, South America and the Middle East.

It takes the form of an intravenous injection that is directly injected for 60 minutes.

The drug won its first overseas approval for an emergency application from Indonesia, Brazil and Peru.

Celltrion said Rekirona reduces the risk of COVID-19 progressing to severe cases, compared with patients administered with a placebo. The company said the antibody treatment also reduces the recovery time.