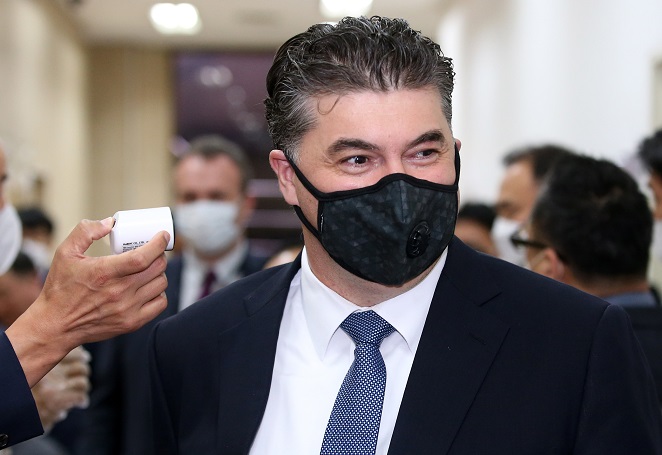 INCHEON, July 21 (Korea Bizwire) — The CEO of GM Korea Co. and four other executives at the Korean unit of the American carmaker will stand trial on charges of illegally hiring about 1,700 manufacturing workers on secondment, prosecutors said Tuesday.

The district prosecutors’ offices in Incheon and Changwon said five GM Korea executives, including CEO Kaher Kazem, have been indicted without physical detention on charges of violating the local law aimed at protecting temporary agency workers.

They are accused of hiring 1,719 workers dispatched from its 24 outsourcing companies to work at the carmaker’s factories in Incheon, Changwon and Gunsan from September 2017 till December 2019.

Another 23 officials from GM Korea’s outsourcing firms have also been indicted in relation with the illegal employment while prosecutors also officially brought the charge against GM Korea.

The charged officials of the subcontractors illegally dispatched their workers to GM Korea on secondment without the necessary approval from the labor minister, the prosecutors said.

“The charged subcontractors dispatched their workers en mass to GM Korea without a license for temporary staffing services … and this generated a big number of non-regular workers at the concerned carmaker,” a prosecution official said.

The indictment came more than two years after a labor union representing non-regular workers at GM Korea, affiliated with the hard-line umbrella union Korean Metal Workers’ Union, lodged a formal complaint against GM Korea on the issue in January 2018.