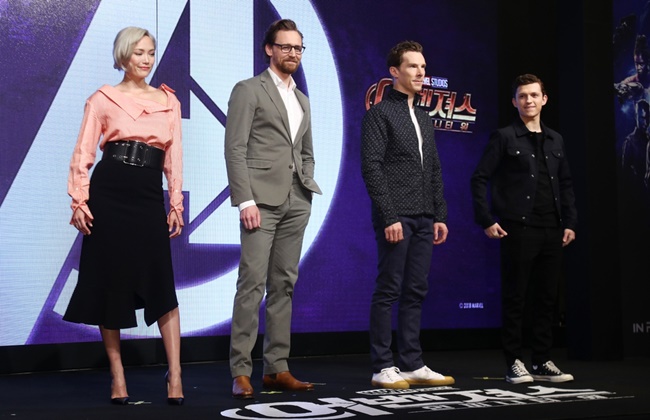 According to the plans released by the Rural Development Administration (RDA) on Wednesday, the new project will decode the genomes of 23 valuable agricultural products and animals including the Jeju Black Pig by 2021. (Image: Yonhap)

The cinema giant released a statement on its website Thursday, saying, “Customers should be wary of resellers who purchase tickets for a certain movie and resell them at much higher prices.”

“The notion that Avengers: Infinity War must be watched on a IMAX screen is spreading, causing ticket scalping among cinema chains with IMAX screens,” a CGV official said.

Some tickets for good seats at IMAX screens at CGV Yongsan are reportedly being sold at prices up to 100,000 won.

Ticket presales for Avengers: Infinity War featuring dozens of Marvel heroes including Iron Man, Captain America and Thor in celebration of the 10th anniversary of the studio have already surpassed 410,000 in South Korea.

The latest Marvel movie is slated to outstrip at the box office Avengers: Age of Ultron, which attracted over 10 million people in 2015.

“When people are caught having resold their tickets, their CJ ONE account will be restricted, their ticket reservations cancelled, and their account even banned in the worst case scenario,” the cinema chain warned.

Back in 2009, CGV took similar steps against scalped tickets for My Bloody Valentine.