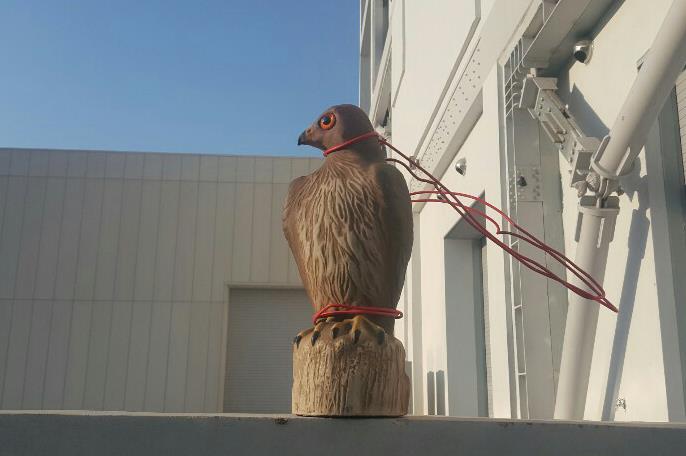 The MMCA’s new exhibition hall at Cheongju, a former cigarette factory, has been ‘decorated’ with kites shaped like eagles, owls, and other predatory birds to stop the pigeons from entering the museum. (image: Cheongju City Office)

CHEONGJU, Apr. 8 (Korea Bizwire) — The city of Cheongju, North Chungcheong Province and the National Museum of Modern and Contemporary Art (MMCA) are focusing their efforts to tackle a flock of pigeons damaging the old cigarette manufacturing facility.

The MMCA’s new exhibition hall at Cheongju, a former cigarette factory, has been ‘decorated’ with kites shaped like eagles, owls, and other predatory birds to stop the pigeons from entering the museum.

While it is yet to be seen whether the strategy will prove effective, Cheongju officials said the pigeons have decreased in number.

Cheongju and the museum have been struggling to keep the pigeons out of the facility long before the museum opened in December of last year, due to excrement and feces that defiled the looks of the building as well as outdoor sculptures.

The city began carrying out a series of operations to capture the pigeons living in the new museum, the main office building of the old cigarette factory, the building that houses the Cheongju Cultural Industry Promotion Foundation, and others.

Thus far, the city has managed to capture 720 pigeons by luring them with food, and typically releases them at the outskirts of the city 20 kilometers away from the museum.

Despite the efforts, some 300 pigeons continue to appear every day nesting in the new Cheongju museum, compelling the authorities to turn to other solutions.

Authorities are struggling to find a fundamental solution to the problem.

Some of the potential solutions include installing ‘bird spikes’ on the edges of the building to prevent pigeons from finding a spot to dwell, or ‘laser guns’ that can drive the pigeons out of the area.

“We will soon be coming up with a comprehensive plan to drive out the pigeons,” said a Cheongju city official. 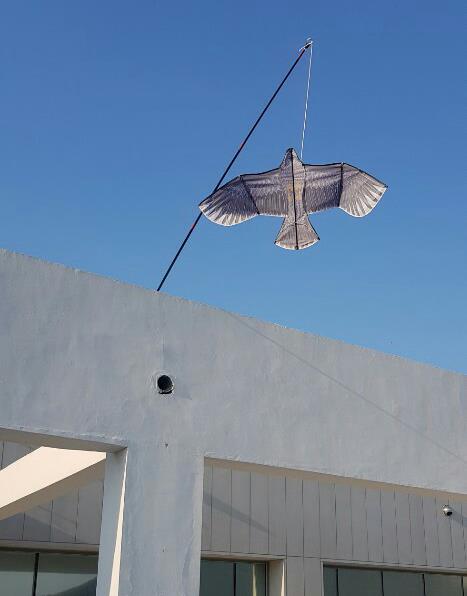