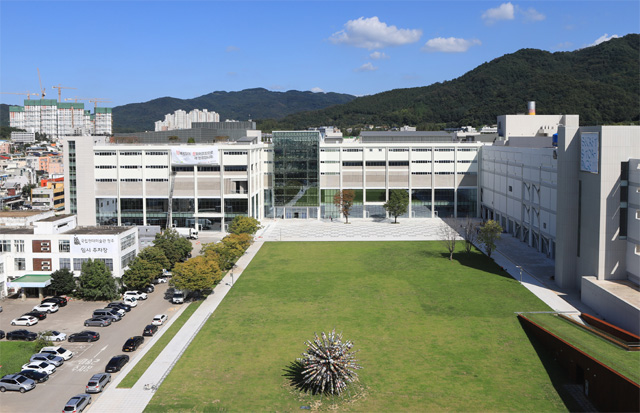 CHEONGJU, Nov. 11 (Korea Bizwire) — With the 11th Cheongju Craft Biennale under way, its main venue, the Culture Factory C, a tobacco factory-turned-cultural facility, has been under the spotlight as a successful model of urban revitalization.

The international craft festival began in the central inland city of Cheongju at Culture Factory C and several other exhibition venues across the city on Oct. 8 and will run through Sunday.

Culture Factory C used to be a cigarette factory called the Cheongju Tobacco Processing Plant that had been abandoned for more than 10 years since its closure in 1999.

After years of Cheogju’s urban regeneration project, the site has become a local art and culture cluster including the Cheongju branch of the National Museum of Modern and Contemporary Art (MMCA).

Officials from other provincial governments, the media and experts throughout the country have visited the site and paid close attention to the building’s history and its rebirth through the project.

Members of a committee under the Seoul Metropolitan Council visited the site on Oct. 31 and were surprised with the transformation of Culture Factory C into an art hub.

“It isn’t easy to design an urban regeneration project with cultural ideas,” said a member of the Seoul Metropolitan Council. “I think this is a textbook model of an urban renewal plan.”

Last week, members of the municipal assembly of Paju in Gyeonggi Province came to the site and looked into the policy-making process of the Culture Factory C redevelopment project.

Heads of privately-owned museums and local government officials have also expressed their interest in the main venue of the 11th Cheongju Craft Biennale.