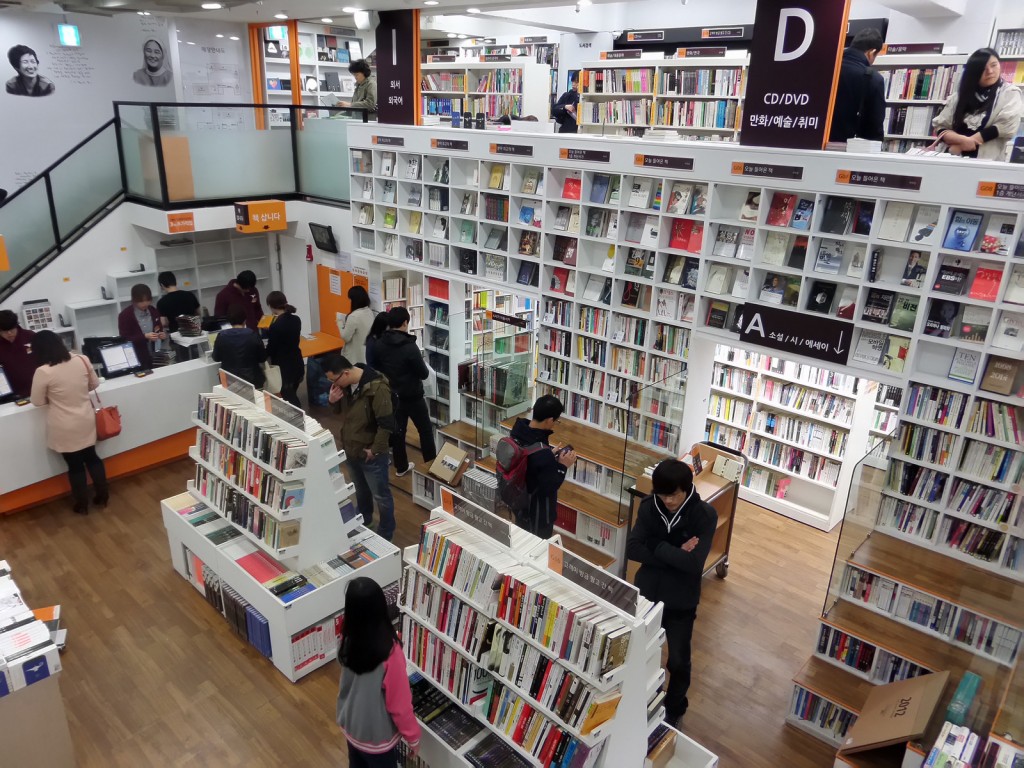 Aladin, having reached success as an online book retailer, launched its first offline bookstore in Jongno back in 2011, and now has 34 branches in operation around the country. (Image: TFurban from Flickr)

SEOUL, April 29 (Korea Bizwire) – The South Korean book market is at a crossroads. South Koreans now spend less than ever on books, with the average person forking out just over 16,000 won per month, according to a recent report.

While more and more young people turn away from books and divert their attention to digital forms of culture including movies, video games, TV shows and music, the print book market in South Korea is facing a few of its own challenges, including the growing demand for e-books and a growing number of used book stores that have been gaining popularity in recent years.

A number of factors are at play behind the growing popularity of used book stores, which are sprouting up around the country, particularly in Seoul.

Some economists believe the phenomenon is the result of low consumer confidence amid the sluggish economy experienced in recent years, which is pushing South Korean consumers to slash their spending, especially on things like books. 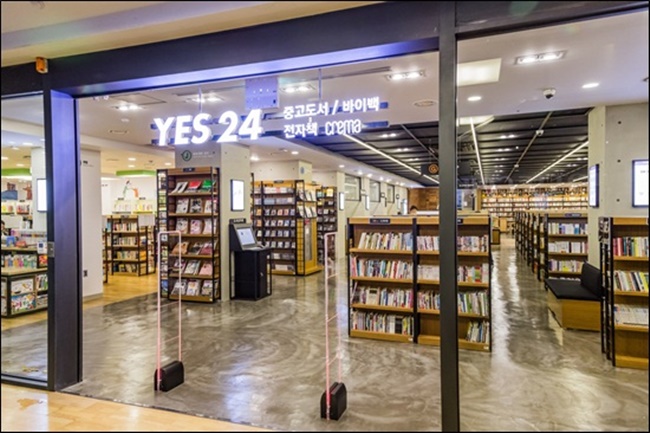 South Koreans spend an average of six minutes reading every day, with only one in 100 people spending more than 10 minutes, according to a report last year from Statistics Korea. As a result, book stores are rapidly disappearing, making reading almost a ‘luxury’.

Against this backdrop, those in the minority who appreciate paper books have been welcoming the expansion of used book stores.

The introduction of a fixed book price policy by the government in 2003, which prohibits retailers from selling books cheaper than the price set by publishers, has also contributed to the trend. Since then, used book stores have been attracting price-sensitive book enthusiasts by offering well-kept secondhand books at affordable prices.

Another feature that makes used book stores appealing is that customers can easily sell books without the hassle of meeting a buyer in person, or having to wrap and ship books for those using online second-hand markets.

Contrary to the stereotypical image of an old used book store, most of the major used book retail stores are equipped with well-trained staff, sitting areas and sometimes a café featuring modern interior design, where customers can enjoy reading a book as if they are in the library.

Yes24 and Aladin are the two major used book retailers leading the current trend in the South Korean book market.

Both retailers sell magazines, CDs, DVDs as well as their own goods, in addition to books.

Aladin, having reached success as an online book retailer, launched its first offline bookstore in Jongno back in 2011, and now has 34 branches in operation around the country.

Boasting nearly 20 branches in Seoul and its surrounding areas alone, Aladin is allegedly planning to branch out into Incheon soon.

Both retailers sell magazines, CDs, DVDs as well as their own goods, in addition to books. (Image: Wikimedia Commons)

Unlike online shopping malls, offline stores allow customers to check the quality of used goods in person, a strong incentive to make a visit.

As demand for used books grows, the continuous efforts of industry giants like Aladin and Yes24 to expand their presence and rethink used book stores as multi-purpose spaces featuring a cafe and marketplace are redesigning the landscape of the book market in South Korea.