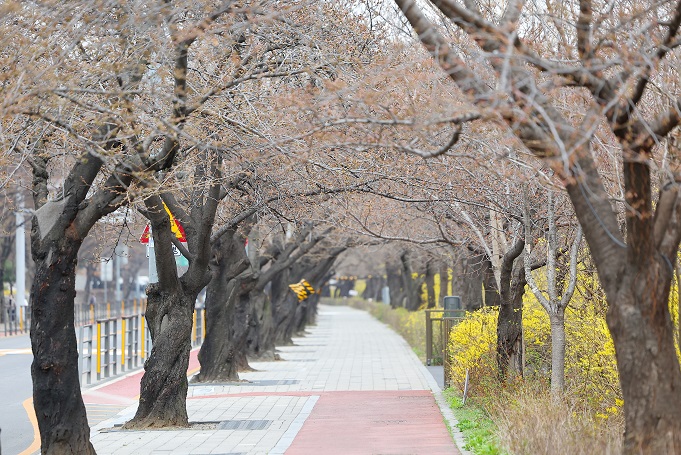 Cherry blossom trees have yet to be in full bloom in Seoul’s Yeouido district on March 30, 2022. (Yonhap)

SEOUL, April 1 (Korea Bizwire) — A famous cherry blossom street in Seoul’s Yeouido district will be open to the public from April 9-17, about a week later than planned, due to a delay in blooming, the ward office said Friday.

The Yeouiseoro street, which was off limits during the cherry blossom season the past two years due to the pandemic, had initially been scheduled to open to the public on March 31, but the Yeongdeungpo ward office pushed back the opening to April 2 and then April 9, as flowering is delayed due to unseasonably low temperatures.

“We inevitably rescheduled it in order to present a warmer and more radiant cherry blossom street as it comes for the first time in three years,” Chai Hyun-il, the ward chief, said.

But no annual cherry blossom festival, including social activities, will be held during the period this spring as well due to lingering virus infection fears.