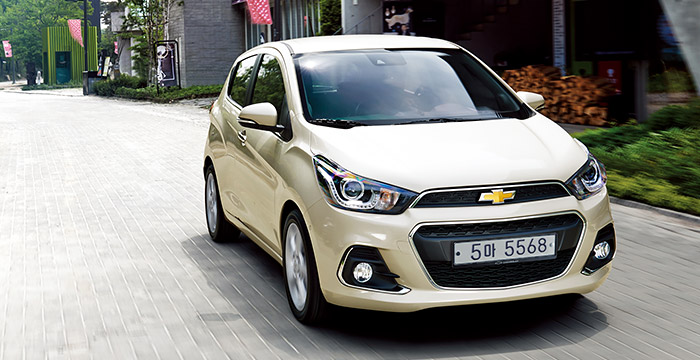 GM Korea sold 6,987 units of the Spark in August, up 53.3 percent from a year earlier. The Spark has enjoyed strong demand since it was launched in early July. (image: GM Korea)

SEOUL, Sept. 8 (Korea Bizwire) – City car sales in South Korea hit the highest level in eight months in August, driven by a spike in demand for the latest edition of the Spark launched by GM Korea, industry data showed Tuesday.

Sales of city cars with an engine displacement of smaller than 1,000 cc came to 15,899 units last month, up 12.5 percent from a year earlier, according to the data. From a month earlier, they rose 25.3 percent.

The August sales represented the largest in eight months since December last year when 18,241 units were sold.

The rise is attributable to strong demand for the Spark recently unveiled by GM Korea, a stark contrast with other major models that suffered setbacks.

GM Korea sold 6,987 units of the Spark in August, up 53.3 percent from a year earlier. The Spark has enjoyed strong demand since it was launched in early July.

Kia Motors’ Morning and Ray, however, saw their sales shrink 4.1 percent and 15.9 percent over the same period, the data showed.

The latest brisk sales come after a long slump in the face of the greater popularity of SUVS.

The January-August sales of city cars shrank 10.3 percent on-year, though the shrinkage narrowed from July when their cumulative sales dropped 13.3 percent from a year earlier, data showed.

City cars accounted for 15.4 percent out of August vehicle sales excluding commercial cars, the third largest following SUVs and mid-size sedans, which took up 33.2 percent and 16.3 percent, according to the data.