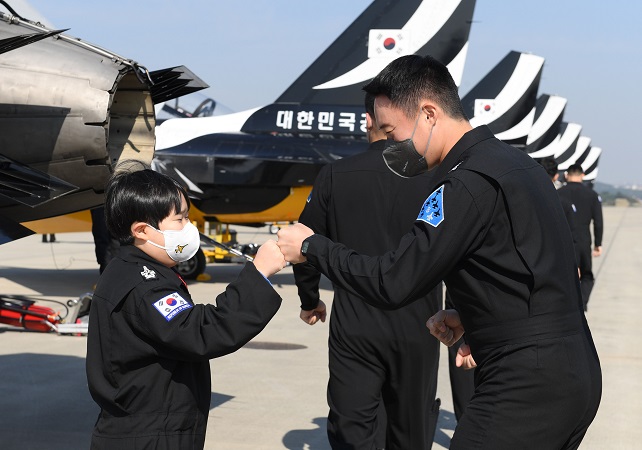 SEOUL, Oct. 26 (Korea Bizwire) — The Air Force on Friday invited a child with a rare type of cancer as a one-day member of its acrobatic flight team, the Black Eagles.

Choi Yoon-soo loved planes so much that he had a wish of joining an air show to watch the air maneuvers of the Black Eagles.

Unfortunately, the 9-year-old boy who lives in Gimpo, west of Seoul, was diagnosed as having a rare cancer disorder called Langerhans cell histiocytosis last month and it was not easy for him to travel long distances.

In mid-October, his mother sent a letter about his story directly to the social media operator of the Black Eagles Air Show, which is scheduled to take place next month in the southern city of Sacheon. 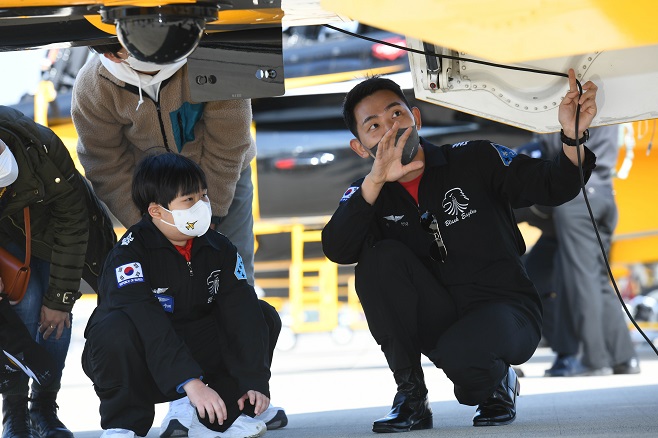 The Air Force invited Choi to the Seoul International Aerospace & Defense Exhibition (ADEX) 2021 opened at Seoul Air Base, east of Seoul, which is located relatively close to his home.

Last Friday, Choi and his family members visited the venue and participated in the entire process of the air show, excluding the flight, wearing a pilot’s uniform printed with his own name.