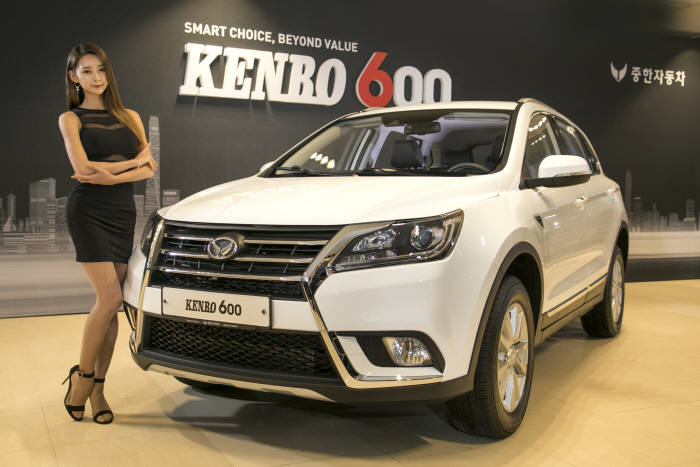 In the first two weeks of January, Zhonghan Automotive received 120 Kenbo 600 SUVs due to low prices, but the sales continued to fall from 72 in February to 22 in September, according to the Korea Automobile Manufacturers Association (KAMA).

Currently, the Kenbo 600 is the only passenger car model being sold in South Korea.

“The sharp sales decline appears to be driven by the lack of product quality, brand awareness and sales networks. So it will take time for Chinese carmakers to make a presence in South Korea,” a KAMA official said over the phone.

In the first nine months, the number of Chinese commercial vehicles, such as mini trucks, minivans and buses sold here slightly rose to 424 units from 399 a year earlier, KAMA said.