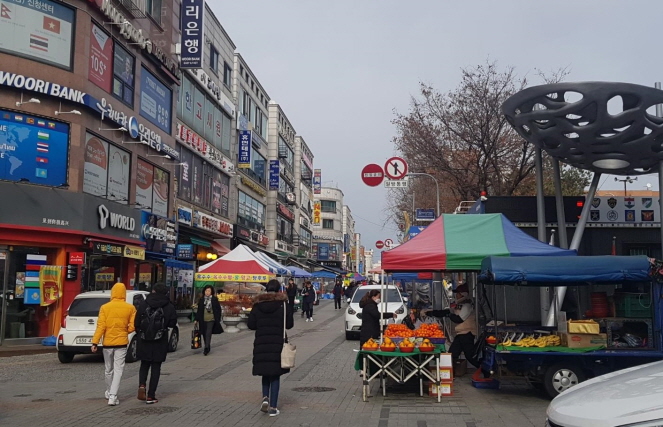 ANSAN, Jan. 28 (Korea Bizwire) — Chinese communities in South Korea are on high alert amid growing fears of a new coronavirus that originated in China.

As of Tuesday, four people in South Korea — one Chinese and three Korean nationals — have tested positive for the virus that has killed more than 100 in China.

“I am very nervous, but right now, there is nothing I can do but wear a mask,” said an owner of a convenience store in a special multicultural zone in Ansan, 40 kilometers southwest of Seoul.

“At the store, I always wear a mask because people with different nationalities come and go. All the masks I have prepared have already sold out. No masks to sell now.”

The street is one of the major Chinese quarters in the country. About 57,600 Chinese nationals, including some 49,000 ethnic Koreans, live in Ansan as of the end of last year.

On Tuesday afternoon, the area was as busy as usual. Almost everyone wore masks, and banners alerting people of the deadly virus hung on buildings and along streets.

“People here are very uneasy as the new coronavirus spreads. We are paying more attention as many Chinese nationals here frequently travel to and from China,” said a worker at the multicultural support center in the town.

The local government has requested its residents refrain from visiting China.

“Many of my customers have canceled airline reservations, let alone making new reservations,” said a North Korean defector who runs a travel agency there for visitors to China. 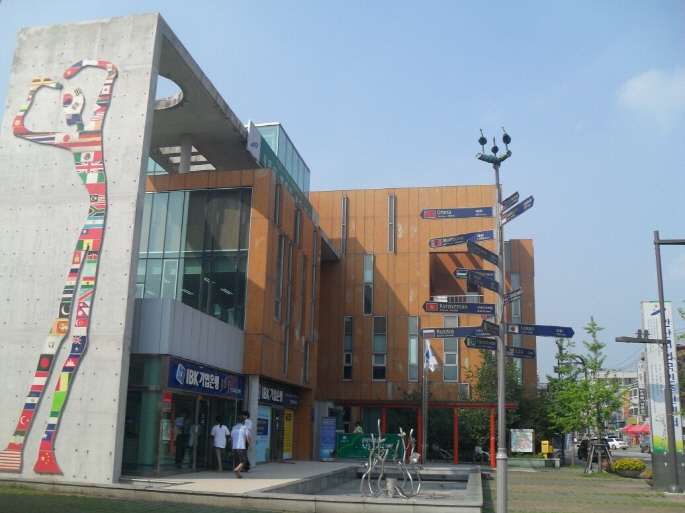 A Korean-Chinese woman in her 60s said she stays away from places where many people gather.

“One of my neighbors tried to dissuade her daughter from going to China, but she went there at last. People around here do not try to avoid Chinese people, but I find myself trying not to go to places where there are many people,” she said.

Residents in the Jeongwang neighborhood in Siheung, 26 kilometers southwest of Seoul, are also highly concerned about the epidemic. Some 44,000 Chinese nationals, including many Korean Chinese, reside in the city.

“We have stepped up activities to inform residents in Jeongwang and other areas with many multicultural people of the illness,” said an official of the city’s public health center.

“We are advising Chinese nationals to report to health centers immediately if they develop symptoms of pneumonia such as high fever and cough.”

The health authorities in the two cities distributed materials containing tips on the virus in multiple languages, including Chinese and Russian, to local medical institutions, support centers for foreigners and companies hiring many foreign workers.