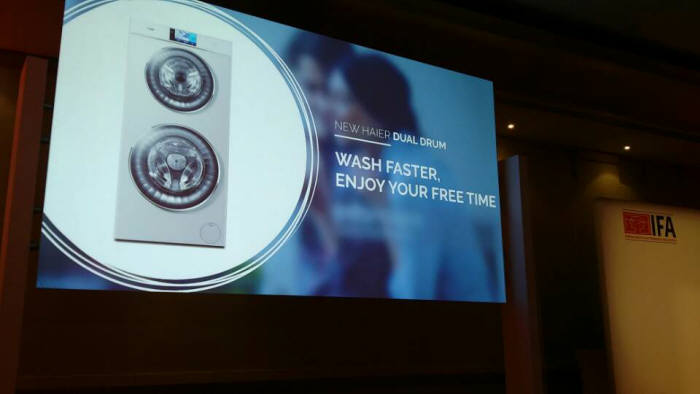 Most of their “innovative” products were imitations of Korean products, and even had similar brand names to their Korean rivals. (image: Yonhap)

SEOUL, April 27 (Korea Bizwire) – At the IFA Global Press Conference organized by gfu and Messe Berlin, which took place at Malta Intercontinental Hotel from April 23 to 26, Chinese electronics makers stood out with new products. However, many of their offerings were just copycats of products made by Korean electronics giants like Samsung and LG, according to local media.

On April 26, Yonhap News Agency reported that Chinese electronics makers including Haier and ZTE introduced their new products and their respective business strategies to some 300 reporters from around the world.

The news agency went on to say that Chinese electronics makers and ICT companies seemed to be vigorously pursuing Korean companies. However, most of their “innovative” products were imitations of Korean products, and even had similar brand names to their Korean rivals.

Haier unveiled its “New Haier Dual Drum Washer” at a press conference on April 24. The company designed it to be equipped with two drums to enable separate washing. Yannick Fierling, CEO of Haier Europe said, “Colored clothes and white clothes and wools and cottons can be separated and cleaned at the same time to save time.”

Haier’s “T Door Series” refrigerators featuring two fridges and one freezer received the same reputation, although Haier introduced them as a world’s first. LG Electronics had introduced similar refrigerators as early as August, 2012.

Meanwhile, ZTE introduced various mobile products from smartphones to smart projectors, but many questioned the names of its products, as they were very similar to those of Korean products.