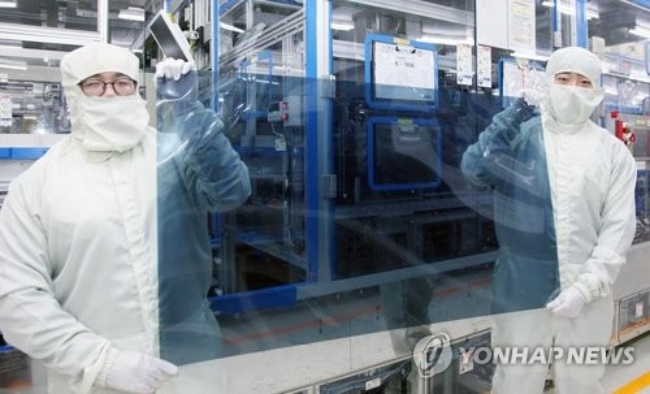 Driven by growing demand for large LCDs for televisions, combined LCD production of Chinese manufacturers is expected to increase to 26.8 percent in 2017, according to market trackers IHS and IDC. Their share has continued to expand from 12.8 percent in 2014, 17.2 percent in 2015 and 23.4 percent last year.

The shipments of the LCD panels for TVs are expected to drop to about 251.29 million units in 2017 from 264.5 million units last year, but the output in terms of size is expected to expand as consumers are increasingly turning to larger TVs

Korean display makers are beefing up production of higher-value OLED panels. Samsung Display Co., which accounts for 96 percent of the global sales of small- and mid-size OLED panels, has boosted investment in its flexible OLED production lines.

LG Display Co. has also earmarked some 70 percent of this year’s more than 5 trillion won facility investment for OLED production.