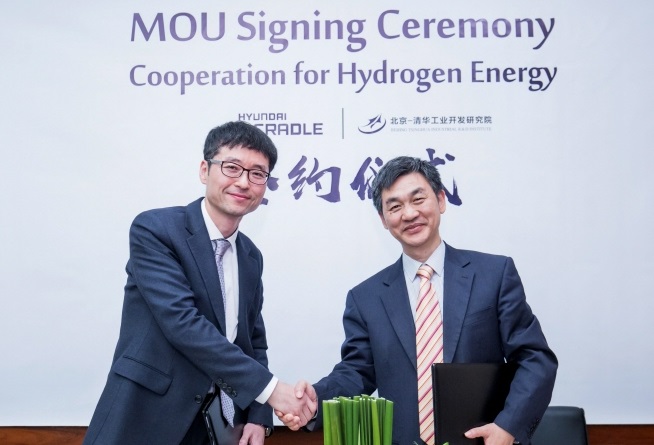 SEOUL, Oct. 29 (Korea Bizwire) — Hyundai Motor Co. has partnered with a Chinese institute to set up a US$100 million fund for local investments in hydrogen technologies and related industrial infrastructure, the company said Monday.

Hyundai Motor and the Beijing-Tsinghua Industrial R&D Institute have kicked off the Hydrogen Energy Fund, with venture capitalists from Asia, Europe and the United States expected to join as investors, South Korea’s largest carmaker said in a statement.

“The fund, once fully set up, will be used in the infrastructure needed for the hydrogen industry and venture startups with core hydrogen technologies,” the statement said.

Yield Capital, an investment organization under the Chinese institute, will be responsible for raising funds and managing them, it said.

Hyundai has expanded investments in hydrogen fuel-cell electric vehicles, such as Nexo, while expanding partnerships with global companies to gain a share in the next-generation car markets.