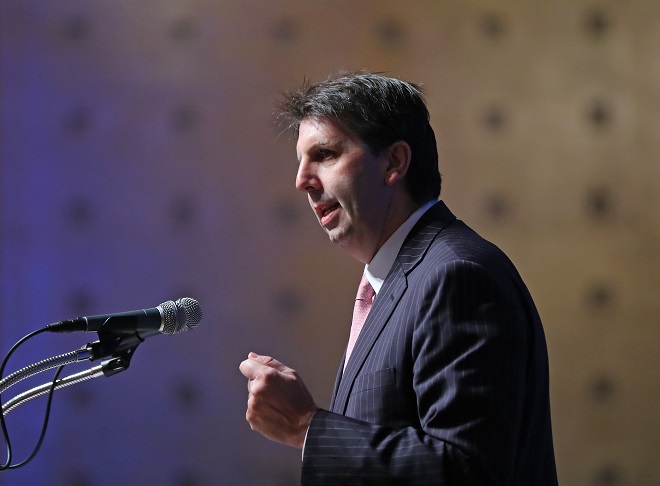 Lippert — who served as the last U.S. ambassador to South Korea under former President Barack Obama — is reportedly in the final process of switching jobs to work with Samsung, according to the sources.

The 48-year-old is expected to take a position overseeing Samsung’s external relations and corporate communications for North America, which was previously held by David Steel.

After serving a three-year term, he served as a vice president for Boeing International and senior adviser for the Center for Strategic and International Studies.

Lippert speaks Korean and uses the language to maintain his status as a well-known fan of the Korean Baseball Organization rooting for the Doosan Bears.

Industry observers believe Samsung, the world’s largest memory chipmaker, is trying to bring in Lippert to better respond to policy changes from the U.S. government amid its effort to enhance the supply chain.

Last year, the U.S. Department of Commerce requested semiconductor business data from Samsung and other companies.

Samsung in November confirmed the city of Taylor in Texas will host its new US$17 billion chip fabrication plant.