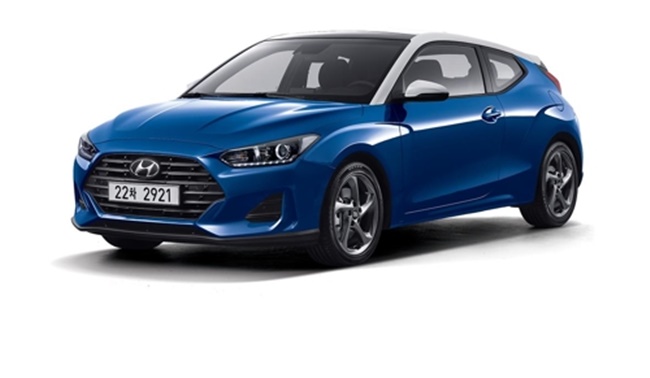 The one-plus-two-door Veloster comes with 1.4-liter turbo and 1.6-liter turbo gasoline engines at prices ranging from 21 million won (US$19,000) to a little over 24 million won, Hyundai Motor said in a statement.

The 1.6 and 1.4 turbo models are mated with a manual transmission and a seven-speed dual clutch transmission, respectively, to enhance the overall driving experience, it said.

The carmaker said that the new power plants are designed to provide good torque at relatively low engine revs, with the 1.6 liter even having an overboost system.

Hyundai plans to launch the all-new Veloster with 1.6 turbo gasoline and 2.0 gasoline engine models in the United States in mid-2018. The high-performance Veloster N versions will be available in the world’s most important automobile market at the end of this year, it said.

The company does not have an immediate plan to launch the N-badged model domestically.