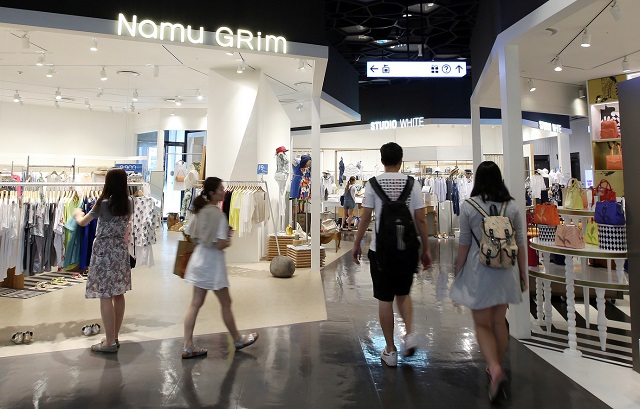 . According to the report, the production inducement effect on the economy has reached 13,371.7 billion won last year. (image: Republic of Korea/flickr)

SEOUL, Aug. 18 (Korea Bizwire) – The number of Chinese tourists (“youke” in Chinese) visiting Korea is rapidly on the rise, with their spending increasing by the year.

The Korea Institute for Industrial Economics & Trade said in a report “Impact of Chinese Tourists on Industry and Its Policy Implications” published on August 15 that the number of youkes increased to 4,326,000 in 2013 from 1,068,000 in 2007, with an average annual growth rate of 26.2 percent.

Based on data from the Korea Tourism Organization and the Ministry of Culture, Sports and Tourism, the state-run economic think tank estimated that the production inducement effect from the Chinese tourists was 13.4 trillion won last year, equivalent to 0.9 percent of last year’s nominal GDP of 1,428.3 trillion won. The employment inducement effect that includes salaried workers and self-employed was 240,798, of which the effect for salaried workers was 126,456.

The report said, “In order to encourage the tourists to spend more, the government needs to consider policy measures that allow duty free shops and souvenir shops to spread out away from Seoul downtown areas while introducing quality certification schemes so that tourists can buy goods without worrying about being duped.”