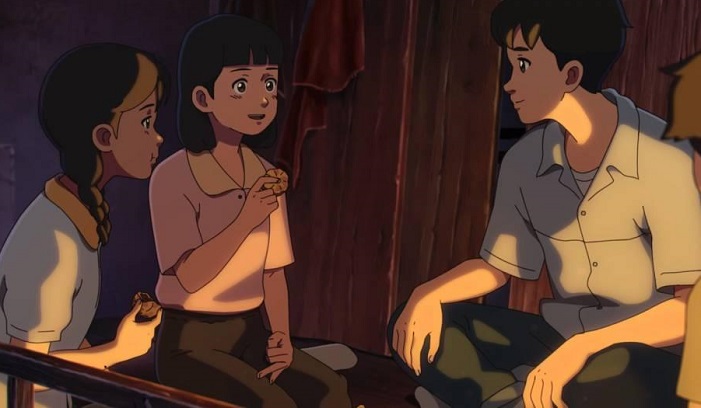 This image provided by the Annecy International Film Festival shows a scene from “Chun Tae-il: A Flame That Lives On.”

According to the winner’s list Monday (Korean time), “Chun Tae-il,” a biopic on the Korean workers’ rights activist directed by Hong Jun-pyo, received the Contrechamp Jury Distinction prize at the 46th edition of the festival that kicked off June 13 and ran through Saturday.

The 109-minute feature was competing with nine other animations in the Contrechamp section, which was inaugurated in 2018 to showcase unique full-length films.

This image provided by the Annecy International Film Festival shows a scene from “Persona.”

In the Graduation Short section, “Persona,” directed by Moon Su-jin, won the top prize of Cristal for a Graduation Film.

The six-minute short was the first Korean animated film to be invited to the competition section for short films at this year’s Cannes Film Festival.

Launched in 1960, the Annecy festival is one of the highest-profile animation events in the world.

South Korea’s “My Beautiful Girl, Mari” and “Oseam” were named the best feature films in 2002 and 2004, respectively.