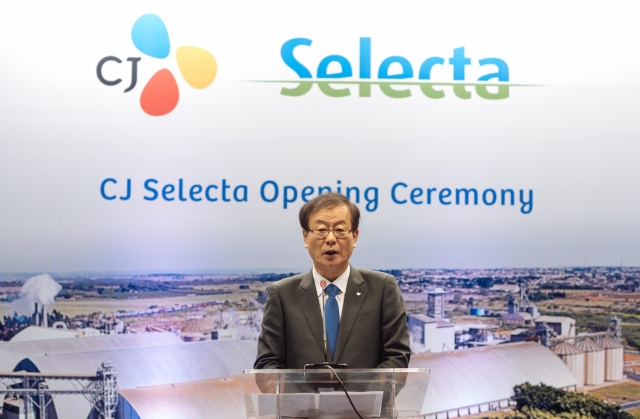 Earlier in June, the Korean firm announced its plan to buy Selecta, a Brazilian company that manufactures soy protein concentrate, for 360 billion won (US$320 million). It is a world-leading manufacturer of sustainable vegetable protein with sales reaching some 400 billion won last year. Its 2016 operating income stood at 55 billion won, according to CJ Cheiljedang.

“We have established CJ Selecta with a plan to make Brazil our outpost for business in South America,” CJ Cheiljedang CEO Kim Chul-ha said.

The acquisition of Selecta was one of CJ’s first investment plans that came on the heels of food and entertainment conglomerate CJ group chief Lee Jay-hyun’s return to management in May after a four-year hiatus.

The business tycoon served a prison term for embezzlement and tax evasion and was released in August last year on a special pardon granted by then President Park Geun-hye.