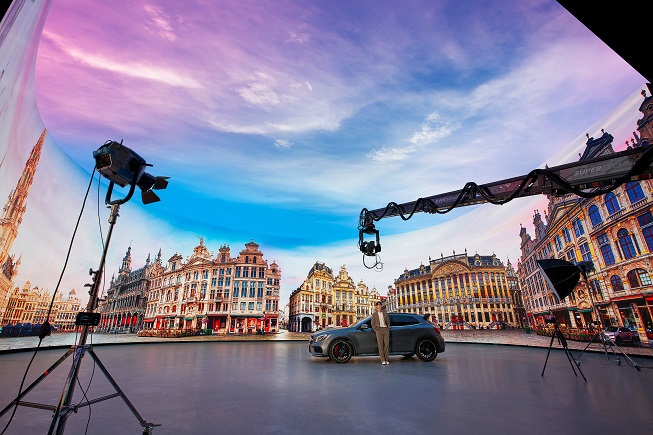 SEOUL, May 25 (Korea Bizwire) — Samsung Electronics Co. said Tuesday that the CJ ENM Virtual Production Stage had opened with the installation of the LED display The Wall.

The Virtual Production Stage is a fully-modern studio with the entire stage decorated with large LED screens, thereby enabling a variety of backgrounds to be displayed.

It was established within the CJ ENM Studio Center that the entertainment giant set up in Paju, Gyeonggi Province last year. 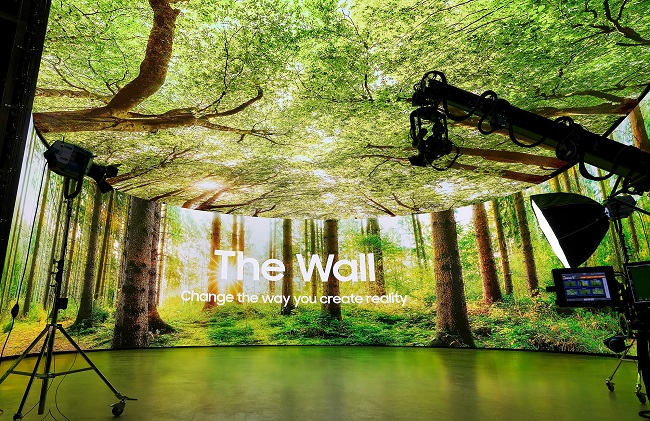 The Wall is an ultra-large display featuring a diameter of 20 meters, a height of 7 meters, and a diagonal length of 22 meters. The Wall was designed in an oval shape to embrace the entire studio set with a floor space of about 1,650 square meters.

On the ceiling is installed high resolution LED signage with a floor space of 404 square meters and a same-spec sliding LED screen is installed at the entrance, creating a 360-degree panorama image-like shooting environment.