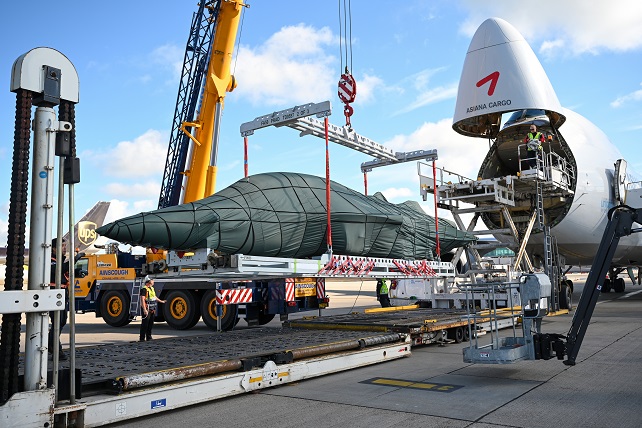 The T-50B, the aerobatic aircraft of the South Korean Air Force’s aerobatic flight team, the Black Eagles, will be participating in the Southport Air Show and Farnborough International Airshow to be held in Britain this month. 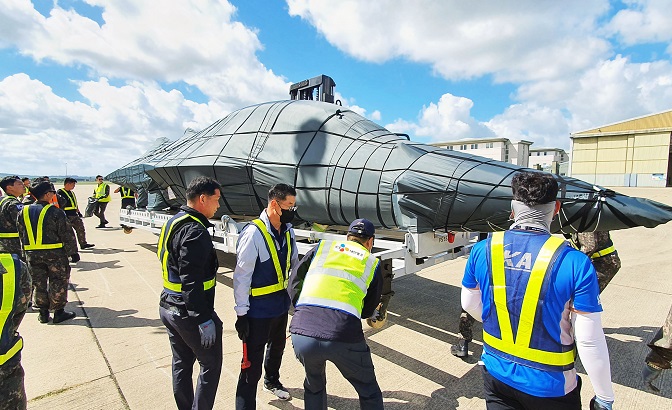 CJ Logistics first disassembled the trainer jets into their fuselages, wings and engines before wrapping each part with custom-made waterproof covers and elastic belts and delivering them from Wonju to Incheon International Airport by land.

The parts were then loaded on Asiana Airlines Inc.’s Boeing 757-400F cargo aircraft for a flight to Stansted Airport, outside London, where they were then transferred to air-suspension trailers and shipped to MoD Boscombe Down on the southeastern outskirts of the town of Amesbury.

The T-50Bs will be reassembled there in advance of the airshows.