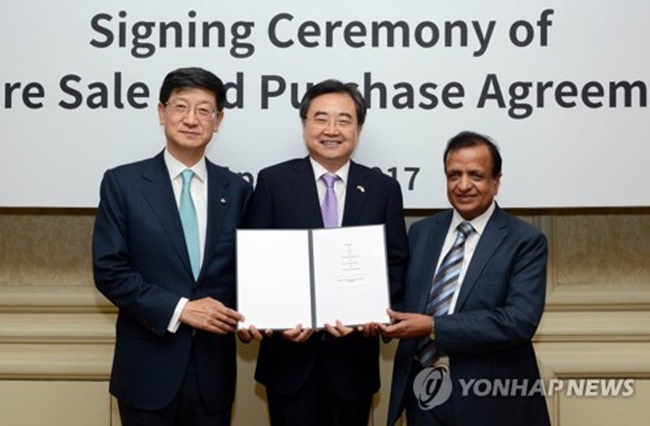 The Korean company has signed a deal to buy a 50-percent stake in Indian firm Darcl Logistics for 57.1 billion won (US$50.5 million), it said in a regulatory filing.

In a separate report, the company said it will buy a controlling stake in Ibrakom Fzco, another logistics company based in the UAE, for 77.3 billion won.

Darcl Logistics is the top logistics and distribution company in India, with last year’s sales reaching 320 billion won with a workforce of 3,400. Ibrakom is also one of the top players in the Middle East and Central Asia that specializes in the transportation of heavy cargo.

Through the takeovers, CJ Logistics said it has gained an upper hand in the two regions where there has been growing demand for various plant and construction projects.

“We’re putting our efforts to become one of the top five logistics firms in the world via strategic takeovers and partnerships. We will gear up for big mergers & acquisition (M&A) deals in the U.S. and Europe,” Park Geun-tae, the president of CJ Logistics said.