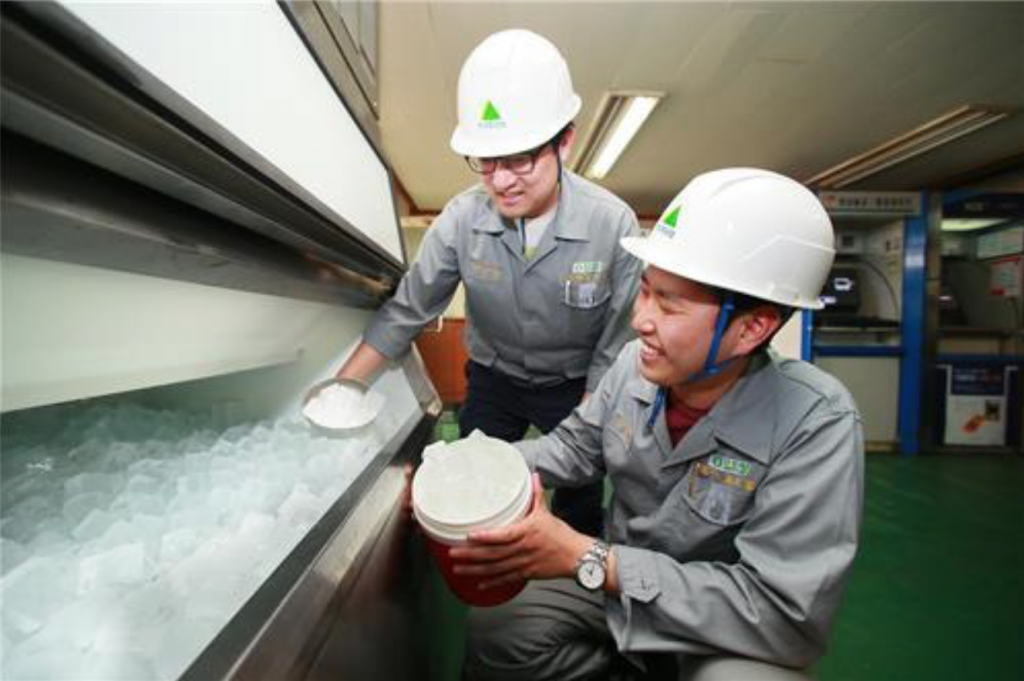 The company has distributed some 1,000 portable “spot coolers” for employees working inside narrow spaces. It also set up 190 ice machines to have ice available around the clock. (image: Yonhap)

ULSAN, July 29 (Korea Bizwire) – Companies in the southeastern city of Ulsan, marked by major shipyards and manufacturing plants, are on a special operational routine from early July to help their employees beat the summer heat worsened by fiery working environments, officials said Friday.

Hyundai Heavy Industries, a leading shipbuilder headquartered in the city 414 kilometers from Seoul, has set July 10-Aug. 31 as the summer heat period, during which employees can receive cooling clothes and equipment, special food and extended break hours.

The company has distributed some 1,000 portable “spot coolers” for employees working inside narrow spaces. It also set up 190 ice machines to have ice available around the clock. Workers received cooling jackets and neck coolers to wear and extra 30 minutes on their lunch hour. The management is allowing 19 days of vacation during summer this year, the longest period since the company was established.

Hyundai Mipo Dockyard, an affiliate of Hyundai Heavy Industries, has also added 30 minutes to its lunch hour. Workers get additional 20 minutes of rest time when the temperature goes over 28 degrees C as of 11:50 a.m. Special dishes, traditionally known to help cool down the body and provide extra nutrition, have been worked into the company menu, company officials said.

Hyundai Motor has designated the same period as Hyundai Heavy Industries for summer operations. It is providing over 40,000 icy snacks a day for the workers. Company officials said the firm spent 140 million won (US$124,444) on special heat-battling food for the cafeteria on a single day in mid-July.

The carmaker’s factories have rooftop sprinklers that automatically turn on when the mercury goes over 26 degrees C to cool down the facilities.

LS-Nikko Cooper Inc., manufacturer of non-ferrous metals, is providing ice cream in unlimited supply for July and August for the workers. The company has 40 mobile air conditioners placed throughout the facilities.