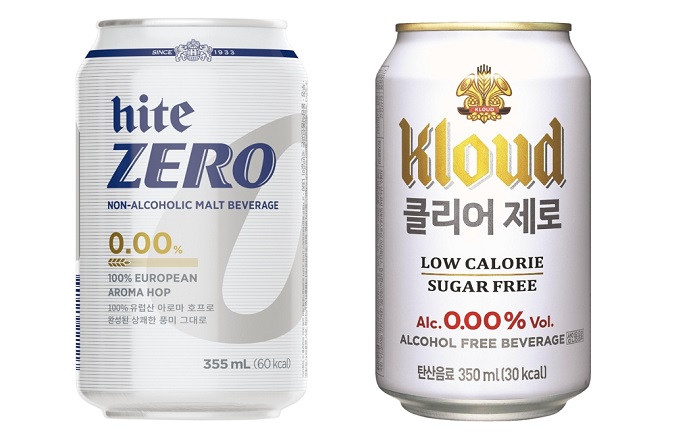 SEOUL, June 19 (Korea Bizwire) — With the hot summer season close at hand, competition is heating up in the non-alcoholic beer market.

China’s Tsingtao Brewery Co. recently threw its hat into the ring to make a play in a market that has been led by HiteJinro Co. and Lotte Chilsung Beverage Co.

Oriental Brewery Co., the No. 1 brand in South Korea’s beer market, also plans to steer into this market by the end of this year.

Hite Zero features a 0.00 percent alcohol content and only 60 kilocalories (kcal) per 355 milliliter can. Since Hite Zero 0.00 was first released, about 54 million cans have been sold.

Sales of Hite Zero 0.00 in the April-May period marked a robust year to year growth of 29 percent. During this period, the monthly average sales volume jumped by 34 percent compared to the figures recorded in the first quarter of this year.

Lotte Chilsung joined the market as a late comer in June 2017 with Cloud Clear Zero, which also has a 0.00 percent alcohol content and a low calorie count of only 30 kcal per 350 milliliter can.

In the first four months of this year, sales of Cloud Clear Zero rose by 50 percent from a year ago.

One thought on “Competition Heats Up in Non-alcoholic Beer Market”