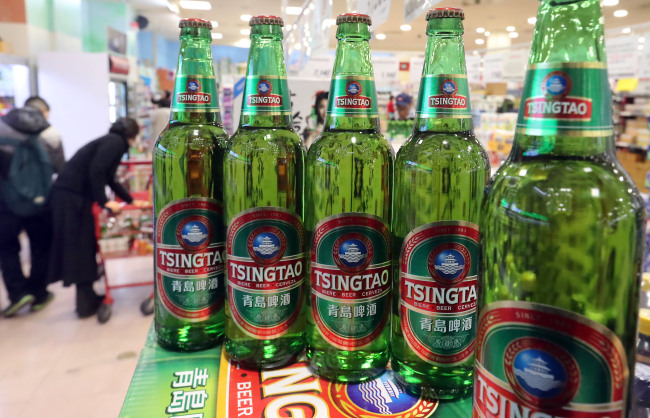 SEOUL, Sept. 19 (Korea Bizwire) — Sales of China’s Tsingtao beer have risen sharply in South Korea in recent months despite South Korean firms being hit by Beijing’s retaliation against Seoul for the deployment of a U.S. missile defense system on its soil, industry sources said Tuesday.

Beijing insists the installation of the Terminal Altitude Area Defense (THAAD) will undermine China’s security interests, although Seoul says it is to defend against North Korean provocations, not aimed at China.

The Chinese government has shut down many Lotte outlets in China, citing violations of fire safety regulations while banning imports of Korean pop culture content and the sale of tour packages to South Korea.

Tsingtao emerged as the fourth-largest imported beer brand during the period.

Imports of Chinese beer surged more than seven times to 36,159 tons, worth US$26.3 million, last year from 4,836 tons in 2010, with Tsingtao accounting for most of the imported Chinese beer, according to figures from the Korea Customs Service (KCS).

Tsingtao sales have increased recently due mainly to the growing popularity of lamb skewers consumed together with Tsingtao among the young generation, industry sources said.

“Sales have not been affected by the THAAD row here, although Lotte, carmakers Hyundai and Kia and other South Korean firms are reeling from economic retaliation in China,” a source said.