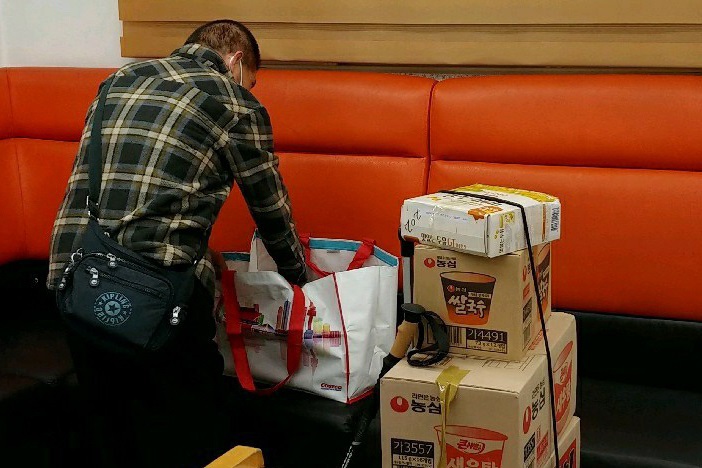 BUSAN, March 23 (Korea Bizwire) — Amid the protracted coronavirus outbreak in South Korea, members of the public are making donations to police substations in the southeastern city of Busan.

Donations of a variety of goods – including masks – are ongoing.

The elderly man’s donation also included an envelope containing 500,000 won (US$401) in cash, 80 masks and four boxes of instant noodles.

Startled at the sight of the cash, police officers declined to receive the money politely. However, the man left the station in a hurry, asking the police to use the money to buy protective equipment, including masks.

On Monday, the police delivered the donated goods to the Busan Jung District Office. The cash was returned to the man had donated it.

Meanwhile, earlier Friday, two boys from an elementary school and a middle school girl, all cousins, visited the Busan Gangseo Police Station Jisa Police Box, and handed a paper bag to the police officer, saying, “I want to donate this to those who are having a hard time with the coronavirus.”

In the paper bag was a piggy bank, four packs of soybean milk, and handwritten letter.

The police will deliver the items donated by the students to nearby administrative and welfare centers so that they can be used by those in need.

A police source said, “As we see many citizens of all ages sharing their warm-hearted sincerity, we believe that we will be able to work together to overcome the difficult situation,” adding, “I think this will have a positive influence on the rest of the public.”