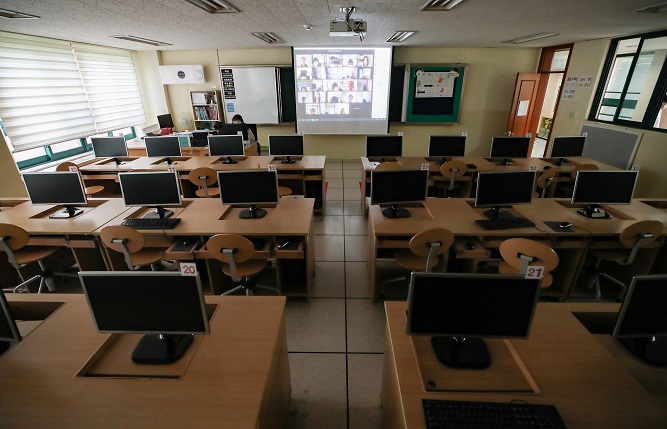 SEOUL, April 13 (Korea Bizwire) — Concerns are rising over increasing dependence on the online meeting platform Zoom as a surge in demand has resulted in the video conference program dominating the South Korean market.

Public schools tend to use Zoom as their primary remote education platform.

The Seoul Metropolitan Office of Education reported last month that 94 percent of all 5th graders at elementary schools have been offered two-way remote education, surging from 17 percent in September in the previous year.

Among them, 42.7 percent were found to be using Zoom as their main platform.

The problem, however, is that Zoom has announced its plan to end free service for schools in July.

In response, the Ministry of Education said last month that it is considering opening its coffers, instead of asking teachers to pay, to continue using Zoom. The government, in other words, is considering using taxpayer money to pay for the platform.

The government as well as public agencies have been using Zoom as their primary mode of communication.

A South Korean software firm conducted a survey of 84 public agencies in July, in which 40.3 percent were using Zoom as their video conference solution.

Zoom was developed with Chinese technology and has its servers located in China, raising concerns that it could monopolize data from video conferences and public education in South Korea.