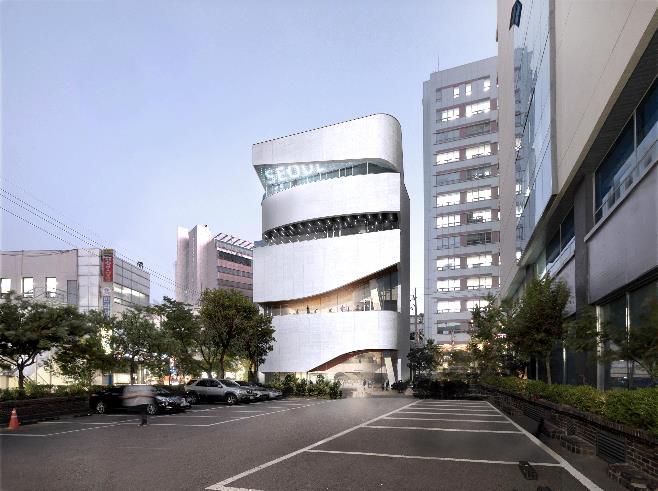 This rendering provided by the Seoul metropolitan government shows the Seoul Cinematheque that will be built in central Seoul by 2022.

The Seoul metropolitan government said it started the construction of the film-themed complex building, named Seoul Cinematheque, on a former public parking lot in Chungmu-ro, central Seoul, aiming to complete the project by March 2022.

Seoul Cinematheque, which will house three theaters exclusively designed for the screening of noncommercial cinema, including independent, art and classical films, has been a long-cherished dream for the local film sector since its blueprint was first unveiled five years ago.

The Seoul government said a separate groundbreaking ceremony for Seoul Cinematheque won’t be held in consideration of the growing societywide fears of the spread of the novel coronavirus.

According to the government, the 10-floor, 4,800-square-meter Seoul Cinematheque building will house three noncommercial theaters, film museum and archives, film media center, cafe and bookstore, among others.

Using the complex building’s facilities, even ordinary people will be able to browse through old films, rent video equipment and produce their own movies, it explained, adding a film production class will also be offered there.

The Seoul Cinematheque project will cost 26.5 billion won (US$22.36 million), with the land provided by Seoul’s Chung Ward.