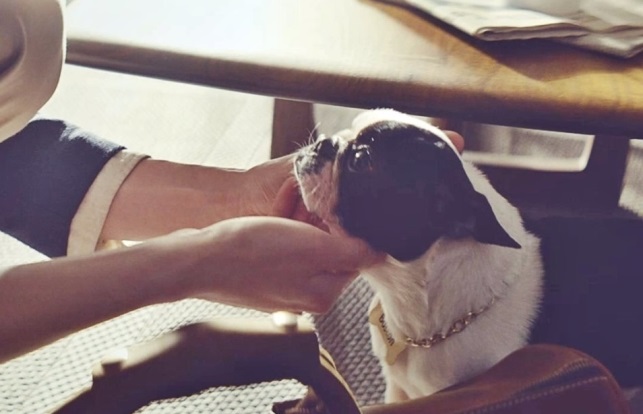 SEOUL, Oct. 10 (Korea Bizwire) — A new commercial for Korean Air Lines Co. is raising controversy over the treatment of animals.

Korean Air recently screened a promotional video created for its new flight route opened between Incheon and Boston. The video stars a Boston Terrier sneaking into a Boston bag to try to return home.

The video sparked controversy, however, after it was criticized for exploiting the name and appearance of a brachycephalic species particularly vulnerable against stress and respiratory illnesses due to genetic complications.

Sealed spaces such as a Boston bag may expose the dogs to dangers of asphyxiation.

Going on a 14-hour flight itself is not easy for dogs.

In order for dogs to fly, they either need to be put inside a special carrier to board with the passenger (more than 8 weeks old) or checked in with other baggage (more than 16 weeks old).

If the total weight of the dog and the carrier exceeds 8 kilograms, the dog needs to be sent as checked baggage.

Following a recent incident of a brachycephalic dog killed by suffocation during flight, however, foreign airlines have banned their entry.

A full-grown Boston Terrier weighs 7 to 11 kilograms on average, making it too heavy board the aircraft in the first place, which serves as a basis for the controversy that Boston Terrier appeared on the commercial just because of its name.

“When casting animals for a commercial, it should be done in a way that does not instill wrong stereotypes on animal welfare,” said a source familiar with Korean Air.

Korean Air responded by saying that the dog was used to send out an impartial message, and there was no scene whatsoever of the dog actually boarding the aircraft.