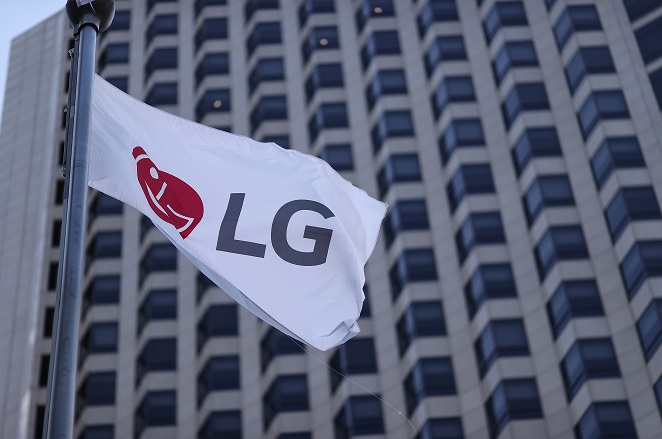 This photo taken on Oct. 8, 2020, shows the corporate flag of LG Group at its office building in Seoul. (Yonhap)

Under the partnership with Korea Water Resources Corporation and POSCO, the country’s largest steelmaker, LG will collaborate in building a renewable energy cluster here.

The three will work together to develop a seawater heating and cooling system dedicated to the environment of the Yellow Sea, the country’s western sea, and building integrated photovoltaic (BIPV) solutions. They plan to make national standards for such technologies.

LG said the latest partnership is a part of its efforts to achieve carbon neutrality by 2030.

Carbon neutrality refers to a state where the amount of carbon emitted is equal to that removed from the atmosphere, meaning that carbon dioxide emissions are net zero.