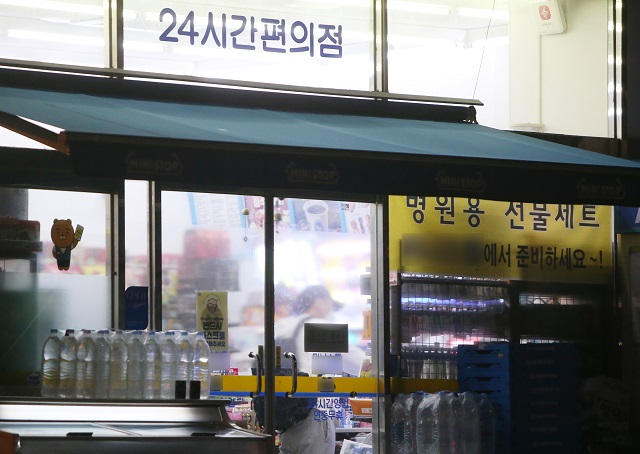 This photo taken in April 12, 2021 shows a convenience store in Incheon affixed with translucent sheets to its window. (Yonhap)

INCHEON, April 13 (Korea Bizwire) — Alarm bells are ringing for South Korea’s convenience stores as the Ministry of Health and Welfare has announced a plan to crack down on cigarette ads starting from July.

Under the current Tobacco Business Act and the National Health Promotion Act, convenience stores are required to prevent their in-store cigarette ads from being viewed from outside.

This regulation is based on judgment that exposures to cigarette ads could have a negative impact on teenager smoking as well as stimulating the desire to smoke for general consumers.

Some convenience stores are affixing translucent sheets to their windows to prevent their cigarette ads from being viewed from outside. Store owners, however, are complaining about the effectiveness of such regulations.

“I wonder how many cases there will be in which passers-by suddenly have the desire to smoke by inadvertently seeing the cigarette ads,” a 53-year-old convenience store owner in Incheon said.

Some also voiced worries saying that blocking the view from outside could make convenience stores more vulnerable to crime.