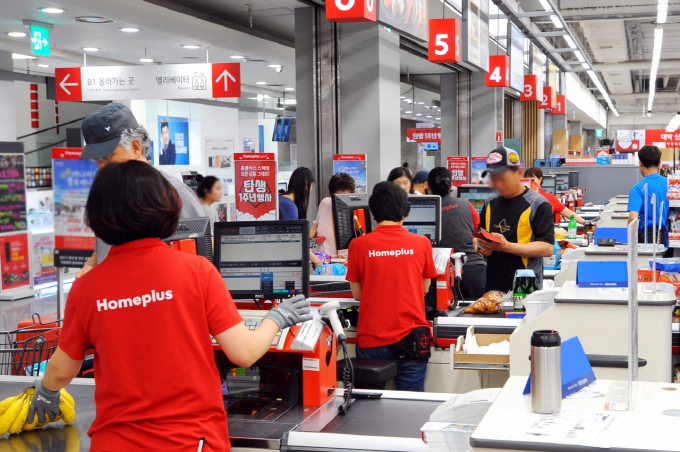 Consumers won’t have to go through the inconvenience of carrying around loose change after buying goods with cash or gift cards. (image: Homeplus Co.)

SEOUL, Nov. 8 (Korea Bizwire) — A new financial service will be introduced early next year that allows consumers to buy products in cash and receive change via their bank account at convenience stores and shopping malls.

The Bank of Korea (BOK) announced on Thursday that it is now recruiting distributors who wish to participate in the project.

Once this service is introduced, consumers won’t have to go through the inconvenience of carrying around loose change after buying goods with cash or gift cards.

Instead, the change can be wired directly to the consumer’s bank account connected to his or her mobile debit card or debit IC card, allowing for change-free shopping.

“Once we receive applications for participation in the project, each distributor will go through preparations before we begin a test drive early next year,” said a BOK official.

The BOK has been conducting a coinless society program since April 2017.

The bank’s Phase 1 project, which allows consumers to receive change through transportation cards or other pre-paid platforms after they purchase goods at an offline store, is already in place at major convenience stores and shopping malls.

In the first quarter of this year, the service’s daily usage reached 26,226 cases per day, with an average daily transaction volume of 4.9 million won (US$4,286).