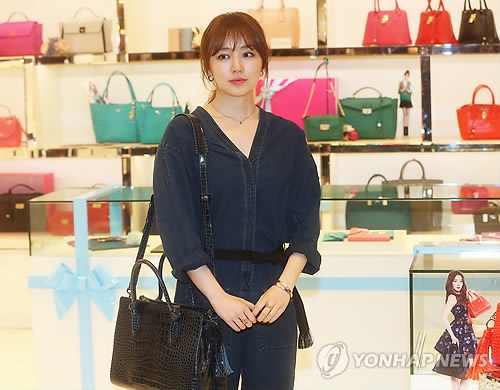 The coat, which was designed by Yoon Eun-hye in collaboration with another designer, caused controversy as designer Yoon Chun-ho from ARCHE suggested that the actress copied his design. (image: Yonhap)

SEOUL, Sept. 7 (Korea Bizwire) – Actress Yoon Eun-hye has been accused of copying a domestic designer brand at a variety show in China.

As a participant on the Chinese design survival show, ‘Fashion of the Goddess’, the Korean actress won first prize by designing a white coat with wings.

The coat, which was designed by Yoon Eun-hye in collaboration with another designer, caused controversy as designer Yoon Chun-ho from ARCHE suggested that the actress copied his design.

Yoon mentioned through his SNS account that he was very upset. “A friend informed me that clothing similar to a product from ARCHE was seen on a Chinese TV show, but it seemed like another person designed it. I see that the two outfits are not that alike so some might say that it is not ripped off, but it is very unpleasant.”

In the meantime, debate is raging online about the controversy. Some said that as fashion designers, it was embarrassing to see someone rip off another person’s work, and that Yoon Eunhye should apologize to designer Yoon Chun-ho.

Others say that any person who designs clothing would have thought about adding frilly details to sleeves at least once during their career, and that Yoon Eunhye might not have known that the design was similar. However, users also pointed out that the biggest problem was that even if the actress wanted to, she would not be able to apologize to the designer as it might cause problems for the TV program.

5 thoughts on “Copied Design? Or Just a Cliché?”